As I finish clearing my desk of the spring releases of 2018 I wanted to mention a couple of the flankers which were better than most of the others released in these early days of 2018. 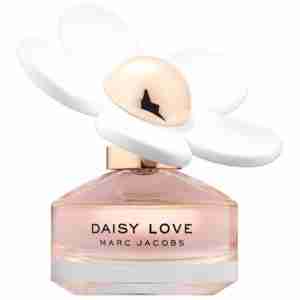 If there has ever been a brand which has overplayed a flanker, it is Marc Jacobs and Daisy. The original released in 2007 is one of the top tier mainstream perfumes. The thirty-two flankers in the last eleven years are mostly forgettable. Some flankers even spawned their own flankers. It became easy to ignore the entire mess. I wanted to write about Daisy which made me pick up flanker thirty-two, Daisy Love. It turned out there was some connectivity back to the original which made it better than most of the other Daisy flankers.

First connection was perfumer Alberto Morillas returning to make a variation on the original he created. The original was a strawberry fruity floral; for Daisy Love M. Morillas fashions a less fulgent strawberry by using raspberry and cloudberry to result in a greener, almost unripe, strawberry. It is tart more than sweet. M. Morillas then actually uses the title floral to provide a lighter floral effect than in most of the collection. It all ends on generic synthetic woods and musks. I wouldn’t throw over the original for this but it does enough different, without throwing out the whole playbook, that it could be a nice companion for the summer. 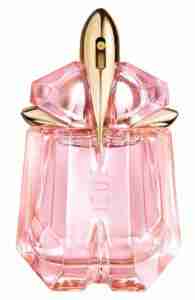 Thierry Mugler has only been a touch less aggressive in producing flankers to 2005’s classic Alien. Thierry Mugler has delighted in producing perfume which engenders “love it-hate it” responses. Alien is an excellent example. One could even say that the 21 flankers since its release are attempts to convert the “hate it” crowd. For Alien Flora Futura it lightens up some of the heavier aspects for the set of people who found it too heavy.

Perfumers Dominique Ropion and Jean-Christoophe Herault make this lighter by switching the ingredients while still retaining the Alien vibe. It starts very un-Alien-like using a bright sparkling citron. Citron has a fuller feel to me than lemon although they are similar. The real alteration comes in the heart as the perfumers substitute jasmine with cereus flower, also known as the queen of the night. Cereus has a similarity to jasmine but also a fresher quality. It works nicely with the citron. It eventually slides into the Alien amber focused base accord but in keeping with everything else a touch lighter. If you love Alien I imagine this will feel like Diet Lemon Alien to you. If you hated Alien because it was overwhelmingly aggressive Alien Flora Futura might turn you into a lover.