The difficulty of making perfume is not necessarily obvious. Every perfume brand and perfumer has ups and downs. Occasionally, though I receive a pair of new releases done under the same creative aegis but one is good and the other is not. As I compare back and forth I wonder why one is balanced while the other careens out of control. The latest set of perfumes to have me asking this question are Loewe 001 Woman and Loewe 001 Man. 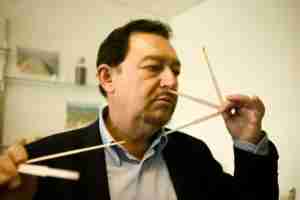 Loewe is a luxury brand out of Madrid. It started in leather goods and branched out into fragrance in 1971 with L de Loewe. Over the ensuing forty years Loewe has had a fluctuating commitment to their perfume offerings. As we entered the new century things solidified in that regard as in-house perfumer Emilio Valeros was behind all the new releases. Sr. Valeros is still the perfumer but in 2013 the creative direction at Loewe changed as Jonathan Anderson took over. Mr. Anderson has taken an active stewardship of the brand. This would include the fragrance area. For Loewe 001 Woman and Loewe 001 Man he creatively directed Sr. Valeros’ efforts. 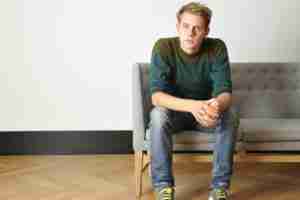 The press materials say both 001 versions are meant to evoke “The Morning After”. The press copy wants me to believe it is the dawning after passion. The perfumes say otherwise, both are such buttoned-down affairs it is difficult to see how they evoke any of the desired “spontaneity”. As perfumes they feel very engineered which works really well for 001 Woman and less so for 001 Man. 001 Man lurches from citrus to bland wood to clean musk. Sr. Valeros places each piece meticulously and it goes nowhere. The same meticulousness is also apparent in 001 Woman but in this case the pieces form something which has a sense of progression.

It starts with the same bergamot that 001 Man uses; but for 001 Woman baie rose is used to give it more character. This is then placed on an expansive jasmine bubble. The jasmine that Sr. Valeros uses has that cleaned-up quality with the indoles tamped down. Which if you’re truly going for a “morning after” vibe need to be turned up. What is here is an airy jasmine. It then evolves into a sweetly complex mix of sandalwood, vanilla, and amber.

Both 001 fragrances are a departure from the previous forty years of Loewe fragrances as those were much stronger in character. If there is an apparent fingerprint of Mr. Anderson it is that significant lightening up. In the case of 001 Man it doesn’t help. For 001 Woman it does set out a new direction for the brand which I would be excited to see built upon.

Disclosure: this review was based on samples provided by Loewe.