It looks like most of us are going to be asked to spend a few days at home because of the spread of the Coronavirus. I suspect a lot of us will be searching our streaming services for something that can eat up some of this idle time. I know I will need something to replace the time I usually spend watching March Madness. I’ve seen the funny term for catching up on old series while self-quarantined called CoronaBinge. Here are four series you might not have heard about worth giving a shot. 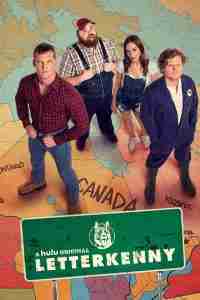 Letterkenny (Hulu)- A comedy about the small-town life in Canada. In the first show we are introduced to the population of the titular town described as “hicks, Natives, skids, hockey players and Christians”. The show follows two of the “hicks”, Wayne and Katy, who run the local farm stand. The other focus is on two “hockey players”, Reilly and Jonesy. It is broad humor which reminds me of the style of the old British sitcom “Fawlty Towers”. I laugh out loud frequently while watching even though I know I am missing some things Canadians get that I don’t.

Street Food (Netflix)- Ever since I discovered Iron Chef I have been a fan of the food documentary. The streaming services have served up some excellent versions. Street Food is about the making of regional cuisine at the street level. At the same time it tells the story of, mostly women, who used their cooking skills to lift themselves up a couple of notches on their socio-economic ladder. I came for the food, but the stories of perseverance are nourishing to a different part of my soul. 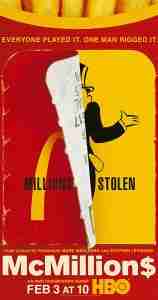 McMillions (HBO)- Have you ever received one of those Monopoly game pieces when you’ve visited McDonalds? Have you ever wondered whether anyone actually collected the necessary pieces to win the million dollars?  I wondered all of that. This docuseries which just ended last week is the story of an FBI agent who wondered if the winners were doing it fraudulently in the late 1990’s. Turns out the answer to that question was yes. The series focuses on the investigation which unearths a memorable set of real-life characters who are so big in personality I found myself forgetting this wasn’t a scripted show. There is supposedly a movie version coming so extra fun can be had imagining which actors should play these characters.

Gravity Falls (Disney+)- If you need an animated series to watch with your kids that has plenty for an adult to enjoy, Gravity Falls is it. When twins Dipper and Mabel Pines are dropped off at their Uncle Stan’s to spend the summer in the seat of Roadkill County, Oregon the ensuing series combines multiple pop culture influences. At its heart is the kids following clues in a mysterious journal they find. Each episode is stuffed with throwaway jokes for every age level. It reminded me of the best of Looney Tunes where the obvious comedy was matched to something a little more subversive. Everyone in the family will probably find something to laugh at, if not for the same reason.

I hope all my readers get through their self-quarantines with only a bad case of cabin fever. Hopefully these four suggestions can ward that off.