There are particular brands that state their reason for being early on. To their credit Rundholz Parfums was one. A hip fashion design house owned and creatively directed by brother and sister Carsten and Lenka Rundholz. From a distinctly stated aesthetic attached to a contemporary clothing designer has been a successful niche perfume formula. When I received my first samples a couple years ago there was a story about how the designers loved incense and it would be the keynote to their perfumes. And through the early release it was. The incense they chose as an ingredient was great. But the perfumes were derivative of so many other incense-centric it was disappointing. They weren’t trying to be as different in fragrance as they were with fashion. As a result, I’ve not kept a close eye on the brand recently. When I was looking to order some samples, I noticed a new release Feb. 14, 1912 which had no incense listed in the note list. That was enough to make me wonder if this was what I was looking for from Rundholz. 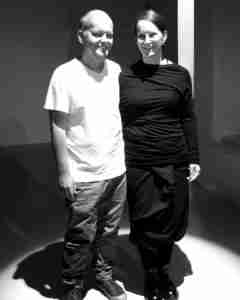 I don’t know the reason for the perfumes having the dates they do. So, I have no idea if there is a deeper connection to an early 20th century Valentine’s Day than just a date. What I did find when trying this perfume was the opposite of the incense constructs which came before. The perfumer Arturetto Landi composed something focused around two roots and leather. Where the incense fragrances had an austerity to them Feb. 14 is full of earthy life which is what makes it stand apart. 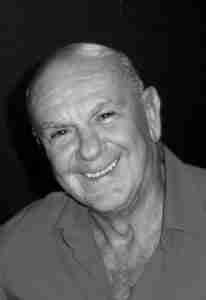 The first root is fennel which is the focal point of the top accord. Fennel has a strong licorice character and Sig. Landi amplifies it by using licorice and star anise. When I say amplify it he takes the subtle licorice scent you get from cutting fennel in half and blows it sky high. What is quite attractive is the green vegetal quality provides a supporting contrast which reminds you this is a root. From out of that the second root, orris, arises. The best orris eschews the powder in favor of the rhizomal earthiness. Sig. Landi by setting the stage with the fennel accord makes this easy to accomplish. As the orris pushes back against the fennel accord there is a delightful balance which is achieved. Sig. Landi uses carrot seeds as a soft source of earthy sweetness to lead into the leather accord at the base. This is a refined leather accord which wraps the roots in an animalic embrace.

Feb. 14 was more like what I was expecting from a design house like Rundholz. The use of the fennel is going to be polarizing especially at the concentrated licorice level it achieves. This is the perfume of someone who wears Rundholz clothing, not the safe incense ones of before. When you get down to the root of the matter I hope Rundholz Parfums decides to continue further in this direction.