In the war of attrition that is exclusivity I think Le Labo is winning. There are many perfume companies which play the exclusivity game. Boutique exclusives, special collaborations, city exclusives, genetic exclusives; okay the last one isn’t reality, yet. In any case the lines come up with ways to entice you to want to try these exclusives. The nice thing for me is that so often when I get a chance to sniff it I am usually not smitten enough to want it, except for Le Labo. Le Labo has been making city exclusives that are only sold at the Le Labo boutique within that city. I went through many gyrations to own four of those; Gaiac 10, Poivre 23, Vanille 44, and Aldehyde 44. Thankfully Le Labo allowed the rest of the world to get in on the fragrances and for one month every other fall the city exclusives are available everywhere Le Labo is sold. But now they have a new exclusive even more exclusive than the city exclusives. 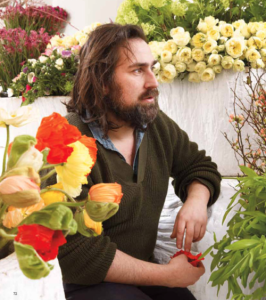 Le Labo partnered with lifestyle and clothing store Opening Ceremony to create a fragrance, Geranium 30. Geranium 30 would have floral designer Thierry Boutemy as creative director overseeing perfumer Barnabé Fillion. M. Boutemy is known for his fantastic floral designs most notably as part of the set design for director Sofia Coppola’s movie “Marie Antoinette”. M. Fillion is not a well-known name in perfumery circles but he has been exploring fragrance in most interesting ways. Last November he was part of a show in conjunction with Belgian design house Unfold where he added fragrance to different ceramic diffusers created via 3-D printing. This was a very exciting partnership and as I was reading the press release I got more excited until I reached the end and read this, “Limited Edition: 100 bottles”. Surely this must be a typo and they meant 1000 bottles. Nope 100 bottles was it. When I knew it was only going to be so few I fervently hoped this would be one of those rare Le Labo misfires. Nope this might be the best Le Labo floral since Rose 31; of course.

Geranium 30 is an example of what Le Labo does so well in allowing creatives to follow their instincts. In this case M. Boutemy had created a series of smashed and stomped upon flowers for the Opening Ceremony collection with his name on it. M. Fillion picks up on that and creates a floral that captures a physical grinding of flowers against the concrete. On the surface Geranium 30 is a spicy floral fragrance but taken together it is a collision of the garden against the sidewalk.

M. Fillion takes a brilliant grapefruit as the top note of Geranium 30 and uses that to segue into the geranium. Geranium is one of my favorite floral notes because it carries greener facets closer to the surface. M. Fillion ups that by adding just the right amount of galbanum to tint the green a few shades darker but not to overwhelm it. For that he uses black pepper and it is used as a flame to consume the floral heart of Geranium 30. Where cumin consumes the rose in Rose 31 the pepper does the same thing to the geranium here. As much as I love Rose 31 this might be a more balanced effect as some remnants of the geranium linger after the pepper flamethrower has died down. The base is a wet concrete accord and a cocktail of white musks.

Geranium 30 has 12-14 hour longevity and above average sillage.

I have been very conflicted about writing this review because Geranium 30 is one of my favorite new fragrances of the year and as of this writing is sold out. Bottles are popping up on auction sites for crazy prices. I wanted to write this because I am going to hope that when the next sale of city exclusives comes around they will relent and add Geranium 30 in to the list of exclusives. It is a great fragrance which deserves a very wide audience especially for those who are appreciative of the line. The exclusivity game may be a war of attrition but, damn them, Le Labo plays it so well they will probably be the last perfume line left standing.

Disclosure: This review was based on a split of a bottle I purchased.