The last fragrance in this collection is something “new” to the Le Galion line. When Nicolas Chabot acquired Le Galion he also acquired all that was left by perfumer Paul Vacher upon his death in 1975. The notebooks by themselves were a treasure trove of information to allow perfumer Thomas Fontaine the knowledge of the detail M. Vacher added to each composition so M. Fontaine could re-formulate where necessary. If that was all M. Chabot had it would be enough. Except during the examination of the Le Galion archives they came across a box they believe dates from 1930-1935 and in it a small bottle of fragrance. This was an unreleased composition by M. Vacher and is now being released under the name 222.

222 is really the culmination of all of the work M. Chabot and M. Fontaine put into reviving Le Galion and M. Vacher’s perfumes. It also feels like the perfect coda to my exploration of this collection as it encompasses the dedication of M. Chabot in obtaining and using M. Vacher’s original source material to re-introduce the line. It also shows how skillful M. Fontaine is in using modern materials to replace the ingredients from the past that no longer are available or available to be used. 222 smells retro and it smells modern which maybe makes it the Nouveau Retro poster child.

222 opens with violet and Kashmir wood. The Kashmir wood pulls the woody aspects of violet more to the foreground and as a result the opening feels more like light wood with a hint of floral. Lavender adds a bit more floral before the resinous mix of myrrh and styrax set the heart. This is a slightly sweet and comforting warmth at this point in the development. M. Fontaine adds in a cocktail of white musk as contrast to the softness and they intersperse themselves throughout the resinous core. It is right here where it seems M. Vacher and M. Fontaine come together with the old and the new. Sandalwood forms the base and it is bolstered by oak moss and a soft leather accord.

222 has 6-8 hour longevity and moderate sillage. 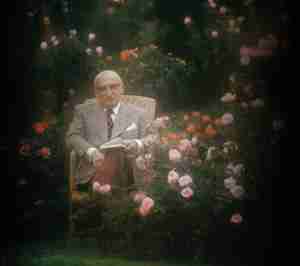 I have spent the last week reviewing this revived Le Galion because I believe this is the best re-formulation of a vintage perfume line to date. It helps that besides Sortilege few are familiar with the other fragrances in the line although they are out there to be acquired. The truth is few perfume lovers know this line very well, including me. The one thing I do know well is Paul Vacher was one of the great perfumers of the early 20th Century and even though Lanvin Arpege, Miss Dior, and Diorling live on as testament to his timelessness it really was these creations for Le Galion which was where he allowed his creativity free rein and I think it shows. There is not a weak link in the entire collection and all of them have a modern aspect on top of the vintage feel. Nicolas Chabot is to be congratulated to his attention to detail in getting this just so. There have been a number of these kind of projects over the last year which have gone badly astray, M. Chabot just wouldn’t let that happen. Finally Thomas Fontaine’s work in re-formulating and updating the six fragrances he had a hand in maybe makes him the best perfumer working when it comes to the Nouveau Retro genre. I know his work here has my hopes very high this same magic will be applied to his re-formulation of my beloved Jean Patou Vacances. All of this together has created a magical confluence where the past and the present co-exist in a singularity of quality.

Disclosure: This review was based on a sample provided by Le Galion.