Among the success stories of niche perfumery is that of Laurice Rahme and her brand Bond No. 9. Started in 2003 Ms. Rahme has released multiple perfumes each year. Most of them inspired by a part of New York City where Bond No. 9 has its headquarters. It is a huge collection and I have a dozen of them. It can be daunting to keep up with the pace Ms. Rahme sets. On a recent visit to Saks I was struck by how much her latest release, Bond No. 9 FiDi, reminds me of the early days of the brand. 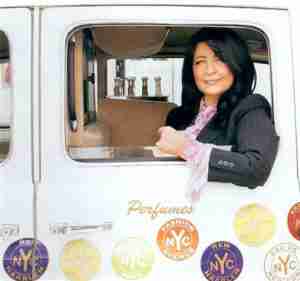 FiDi is shorthand for the Financial District at the southern end of Manhattan. It includes Wall St as well as a new place to go on weekends with restaurants and bars in the surrounding area.  This part of NYC is no longer a ghost town after trading hours. Ms. Rahme wanted to capture the dichotomy of financial masters of the universe by day and happy hipsters at night. To accomplish this she worked with perfumer Harry Fremont. 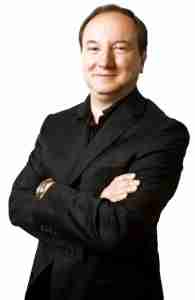 It isn’t the first time Bond No. 9 has traveled to this part of the city. Back in 2004 Ms. Rahme and perfumer David Apel produced Wall Street. Back then they decided an energetic aquatic captured the buzz of the traders. Fifteen years later the area and the vibe has changed. Which is why Ms. Rahme and Mr. Fremont go for a spirited woody style of perfume.

The first steps in FiDi are paved with baie rose. Mr. Fremont surrounds it with citrus to tease out the subtle fruitiness while black pepper adds a piquant contrast. Nutmeg then rises to be the main counterweight to the baie rose. Mr. Fremont finds a nice balance between the sweet spice and the herbal baie rose. Lotus flower reminds us that FiDi is also near the water with its dewy floral quality. It all rests on an assertive woody base of ambrox and cedar attenuated with a touch of the sweetness of tonka bean.

Just as it is in NYC, you must keep watching as things change. The same can be said for Bond No. 9 you have to keep watching so you can find good perfumes like FiDi.

Disclosure: This review is based on a sample provided by Saks.

One of the greatest gourmand perfumes is 2004’s Bond No. 9 New Haarlem. Early in the birth of the genre, perfumer Maurice Roucel and creative director Laurice Rahme, produced an incredible coffee-based perfume which is the gold standard. No perfume has been better. It also stood out for taking a lighter tone than the earlier gourmands. Bond No. 9 over the past few years has become a brand which has churned out perfume at a furious pace with a similarity to previous releases that I haven’t been motivated to write about.

A few weeks ago, I received a press release for Bond No. 9 New Bond St. The name caught my attention because the neighborhood around the flagship boutique has changed a lot in the fifteen years since the brand debuted. As I continued to read I learned there was a coffee heart accord. That also made me more motivated to check in and see what this new perfume was all about. Would it live up to the greatness of New Haarlem? Would it come close? Should I really compare the two?

Two perfumers, Carlos Benaim and Laurent Le Guernec, collaborate with Ms. Rahme for New Bond St. If I am looking for similarity to New Haarlem there is a green top accord followed by a coffee heart accord and woody base. That is selling the new perfume short. If I have been critical of an overreliance on cribbing from the past by the brand this is not one of those cases. The creative team has created a different style of gourmand which stands on its own. 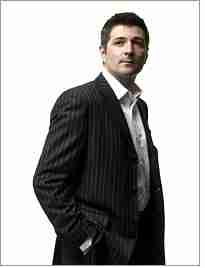 The top accord uses muguet as the source of green. The perfumers introduce a bit of pepper to provide a sizzle to that floral. The heart is a fancy coffee accord served up by a barista. The coffee source is described as coffee beans in the ingredient list. There is a distinction as the whole beans have an intrinsic oiliness and nuttiness more pronounced than a brewed version. The perfumers pick up on both of those by using cocoa to pick up the oils and chestnut to pick up the nutty. It comes together in a luscious coffee shop accord. It falls into a generic woody base, which has become a signature for the brand, as sandalwood and vanilla present a typical base accord.

Since I started this review with the comparison I’ll get it out of the way New Bond St. is not as good as New Haarlem. It is the best new release from Bond No. 9 in a few years. I am happy I took the time to check it out. It reminds me, in a positive way, of what a trend setter the brand was in its early years. If you’ve wanted a reminder of that New Bond St. should do that.

Disclosure: This review based on a sample provided by Saks.

When Thierry Mugler created the gourmand category of fragrance with 1992’s Angel with its signature chocolate heart it fired the imagination of others. Where else could one go with notes that smelled of food? One of the early answers was to make a coffee centered fragrance. 1996’s Thierry Mugler A*Men would be the first on the market but over the nearly twenty years since the release of A*Men there have been almost two hundred coffee inspired perfumes. 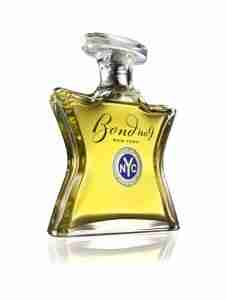 I love the smell of coffee. I start everyday with an espresso and even before I take my first sip I breathe deeply taking in the rich aroma. I think I own a virtual Starbucks worth of coffee perfumes and can serve up any style one would like. When I am playing olfactory barista for myself there is one coffee perfume which rises above them all, Bond No. 9 New Haarlem. 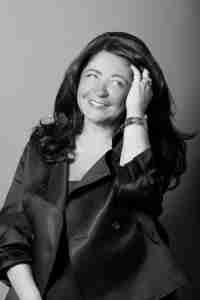 When Bond No. 9 released its first set of perfumes in 2003 Creative Director and Owner, Laurice Rahme’s fragrant tour of New York was an instant hit. It was so successful that many were wondering what the follow-up would be. In 2004 she would oversee what I think are two of the flagship perfumes for the brand in Wall Street and New Haarlem. For New Haarlem Ms. Rahme would collaborate again with perfumer Maurice Roucel. They had worked together on Broadway Nite and Riverside Drive in the inaugural collection. This time they would serve up the quintessential to-go cup of coffee for that New Yorker on the move. 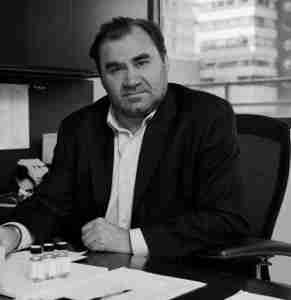 What sets New Haarlem apart for me is that too many of the early gourmands tried to imitate A*Men’s power. That all too often turned them into cloying miasmas that made you feel as if you were one of the misbehaving children in Willy Wonka’s Chocolate Factory. M. Roucel made one of the first gourmands with restraint. There is never a moment where the coffee smell is not apparent but the exquisite balance he achieves throughout is what makes New Haarlem special.

From the moment I spray it on the aroma of freshly-brewed coffee rises to my nose. The first movement is a green, slightly herbal, contrast. It has the effect of making the early moments a little more coffee bean than coffee drink. The green reminds me of the natural oil which covers a whole bean. The heart is where the coffee really gets brewing. Again M. Roucel makes a wonderfully balancing choice of framing the deeply redolent coffee with cedar. Those clean woody lines delineate and amplify the central note. The base is where he adds a shot of flavor to our coffee. M. Roucel uses amber, vanilla, and tonka bean to create a hazelnut accord. It is a well-chosen accompaniment as the nuttiness is tinted with a little sweet. A great patchouli recalls some of the herbal beginning as the final ingredient is added.

As I already mentioned it is the incredible balance M. Roucel achieves which makes New Haarlem the Gold Standard for coffee perfumes. Head out and grab a bottle, to-go.

There are few perfume houses as prolific as Laurice Rahme’s Bond No. 9. Since she founded it with sixteen fragrances based on New York City neighborhoods in 2003 there are currently over 70 Bond No. 9 fragrances to choose from. I am going to suggest five of those to start your exploration of this uniquely New York perfume house. Bond No. 9 has some exclusives for Saks Fifth Avenue and Harrod’s and I’m not including any from those collections because of their exclusivity. The main collection Bond No. 9 fragrances are some of the most accessible niche perfumes to be found and they should be easier to find than many other niche brands.

Chinatown is arguably the best perfume in the entire line. Perfumer Aurelien Guichard was a rising star in 2005 and his modern chypre underneath a soft fruity floral opening is incredible. If I was making a list of the best perfumes released post-2000 Chinatown would be near the top.

New Haarlem was one of two perfumes by perfumer Maurice Roucel for Bond No. 9, the other is Riverside Drive. M. Roucel creates an abstract version of a coffee gourmand fragrance. There is definitely coffee at the core but he adds in things no barista would think of like lavender and patchouli. The latter is really what turns New Haarlem into one of the better gourmand fragrances on the market. 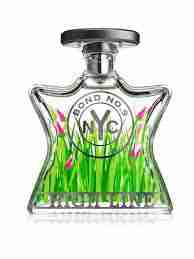 2010’s High Line by perfumer Laurent LeGuernec is inspired by the recaptured railroad line turned into urban green space in downtown New York. M. LeGuernec composed a fragrant sonnet to springtime and growing things. The opening freshly cut grass accord is joined by a fresh bouquet of spring flowers most notably tulips. This is all laid over a base accord of sun warmed concrete after a spring shower. The smell of nature in a big city setting makes High Line one of my favorite spring fragrances.

In 2007, Aurelien Guichard created Silver Bond (aka Andy Warhol Silver Factory) it is a sheer incense fragrance with a metallic twinge throughout. It opens with a very sheer citrus, lavender, and incense opening. A combination of violet and iris are used to enhance their sharper more metallic facets which adds the sort of weirdly artistic flourish to what could be a straightforward incense fragrance without it. The base notes go towards a much deeper incense vibe.

Success is the Essence of New York (aka Andy Warhol Success is a Job in New York) is a grown-up version of Calvin Klein Obsession for Men. Perfumer Claude Dir takes a softly spicy opening centered on cardamom into a floral accord of tuberose, rose, jasmine, and orris to fashion a depth form those notes without becoming cloying. The warm base of amber, vanilla, and patchouli serves to round this out.

If you’ve been itching to take a perfumed tour of New York courtesy of Bond No. 9; grab the olfactory subway and make your first stops on the five suggestions above.

Disclosure: This review is based on bottles of these fragrances I purchased.