This year has been an interesting experience for me vis-à-vis the big Italian fragrance expositions. It is the first time in many years that I didn’t attend either Esxence or Pitti Fragranze. What made it fun was I had a crew of Colognoisseur Irregulars who were texting me reports of the standouts from each show. It would take a few weeks but eventually envelopes of samples finally arrived. One of my associates in this enterprise was very excited about Laurent Mazzone Veleno Dore and was sure I was going to like it. I was cautious because I have admired Sig. Mazzone’s adherence to his opulent aesthetic but none of them have made a true connection with me. I have expected that there would be one which would eventually cross the divide because of the quality of materials Sig. Mazzone uses. 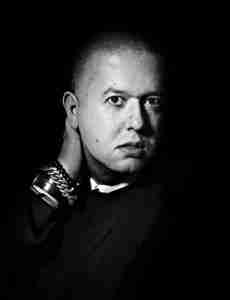 Veleno Dore is another perfume this year to use snake imagery as its visual. Not sure why there have seemingly been a run on serpent inspired perfumes, but it feels like there has. He again collaborates with perfumer Richard Ibanez. They previously produced Black Oud and Hard Leather for the brand which are some of the more well received entries in the collection. They didn’t resonate with me because they lived up to that adjective in the latter, “hard”. They were well composed, but they felt so solid I had trouble finding my way in. Veleno Dore is not hard, and it entices you into a den of earthly delights of rum, tobacco, and fruit. 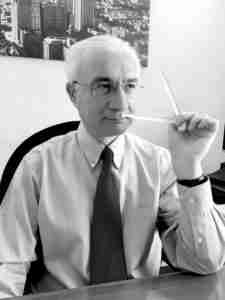 Sig. Mazzone describes Veleno Dore as a tobacco chypre which it is; kind of. I would describe it as closer to a tobacco gourmand, but I think this is truly semantics. From the early swirls of rum and narcotic tobacco down to a vanilla Oriental base it drew me into its depth effortlessly.

M. Ibanez opens with the tobacco and rum providing two prongs of narcotic bliss. The rum is boozy and smooth. The tobacco is the smell of dried leaf cured in the drying barn a slight bit of mentholated grace note flitting through the deeply sweet essence. This is the scent of a fine Corona cigar and snifter of 5-star rum. A pinch of spice provides some texture as chili pepper and nutmeg bring forward some of the rawer and sweeter aspects of the central notes. The transition to the base is signaled by a black cherry note which is intense as a dried form of the actual fruit is. It rises out of the rum and tobacco and carries them into a vanilla base. Here it turns into a gourmand style of fragrance with the vanilla coating the rum, tobacco, and black cherry. The later drydown features the warmth of patchouli and amber.

Veleno Dore is released at extrait strength which is another reason I think I am as fond of it as I am. At that concentration if it was hard it would be off-putting. It isn’t. Instead it wraps me in coils of earthly delights so effectively I don’t realize I’m happily ensnared.

Disclosure: This review is based on a sample from Laurent Mazzone.