Growing up in South Florida I knew our climate was different. I never really understood those who had need for more than the two seasons of spring and summer we had. We lived in the tropics where the sun shone all day and the flowers bloomed all around us. In our yard we had this beautiful bush which grew dark red flowers with a stiff yellow rod tipped with pollen sticking out from the middle. I spent a lot of days watching the pollinating insects dipping down inside to return with nectar. The flower has this lovely sweet scent. There have been a few perfumes which have tried to capture this; Nest Sunkissed Hibiscus does it well. 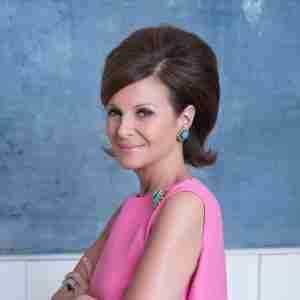 Nest has been releasing well-done florals since their inception. Creative director-owner Laura Slatkin has had a clear vision right from the start with Amazon Lily. Another tropical inspired floral. Sunkissed Hibiscus hearkens back to those beginnings. The perfumer is not named for this perfume but there is a lushness to it which reminds me of a previous Nest release, Wisteria Blue. The perfumer for that one was Rodrigo Flores-Roux and I wouldn’t be surprised to know he was behind Sunkissed Hibiscus.

Whoever the perfumer is they can’t use hibiscus essential oil; they must construct an accord. In this case they rely upon four other tropical floral ingredients to create an abstraction of hibiscus. Those four pieces are frangipani, orange blossom, tuberose, and gardenia. It forms a vividly floral accord which carries the signature humidity of the tropics. The remaining ingredients are meant to reinforce that. First is coconut in its slightly musky off-kilter sweet way. Second is a warm amber to provide the sun kissed part of the name. The amber feels like the warmth of sunset cutting across the hibiscus as the bees make their last run of the day.

I spent a lot of afternoons on the steps of my home watching the insects climbing in and out of the hibiscus. I would close my eyes and let the sun kiss my cheek in a South Florida reverie. Sunkissed Hibiscus does the same thing.

It always happens I get a new release that seems like it would be better in a different season than when I received it. It makes it challenging for me to assess it because I always wonder if it will get better in the season it seems made for. This was my mindset when I received my sample of Nest Cocoa Woods. Everything in the press release made me think cold-weather perfume. Except as I wore it in the withering heat of a Maryland summer it was also pretty good right now.

Creative Director-Owner of Nest Fragrances Laura Slatkin has quietly produced a nice collection of simple perfumes. Cocoa Woods is the twelfth release for the brand. She collaborates with perfumer Jerome Epinette. If there is one thing I like about the brand is the names are accurately descriptive. If it says Cocoa Woods I’m going to be getting some cocoa and some woods; which I do. What I like here is that it is cocoa and not chocolate which is what makes it more amenable to wear in the warmer temperatures. 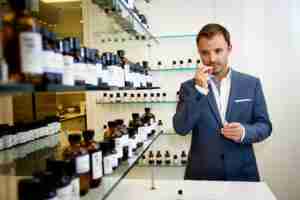 M. Epinette opens with that cocoa in place. What makes it difference is this smells like the Dutch-processed cocoa powder I bake with. It is kind of dusty but still has a strong presence of chocolate without becoming viscous. It is provided some zingy energy via tiare flower and ginger in the early moments. They only make a fleeting appearance before the woods come forward. M. Epinette uses sandalwood and sequoia. It is a nice combination because the rougher-edged sequoia provides some texture to the smoother sandalwood. In the same way that I described the cocoa they provide an austere woody accord which matches the cocoa. Once the full accord comes together I kept thinking of a serving board made up of alternating strips of sequoia and sandalwood liberally coated in cocoa powder.

It is this spare style M. Epinette uses for Cocoa Woods that makes this wearable in the summer. I was worried that the cocoa would become problematic later in the day but that never happened. Once it was in place it was a delightful companion both hot days I wore it. I’m still going to give it a spin once there’s some frost on the pumpkin. That I’ve enjoyed it in the season its probably not ideal for means it is more versatile than I first thought. It was a pleasant surprise.

If you do any traveling in the southeastern part of the United States, you will find that all the older cities have what are called Garden Districts. What that means is they are areas where the grand old Southern-style mansions are located. If you look at that name and expect manicured gardens it turns out to be different than that. The garden part is most often comprised of soaring trees draped with moss and lichen along with climbing vines with colorful flowers clinging to the wrought iron and pillars of the antebellum houses. One of the most common of the colorful climbing vines is wisteria. Nest Wisteria Blue is inspired by these old vines.

Creative director of Nest Fragrances, Laura Slatkin, was on a walk in the Garden District of Charleston, South Carolina where she came across a house covered in blue wisteria vines. Her desire to make a perfume which captured that was born in that moment. She would turn to perfumer Rodrigo Flores-Roux to help achieve that. According to the press release Sr. Flores-Roux has an essence of wisteria extracted from the blooms at Marie Antoinette’s home at Versailles, Petit Trianon. The scent of the flower falls somewhere between lilac and freesia. It is a delicate smell that could easily get overrun by more powerful florals. In Wisteria Blue Sr. Flores-Roux makes sure his singular essence does not get lost. 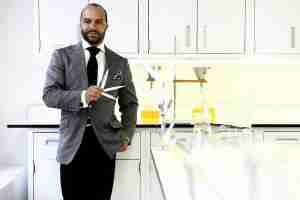 Wisteria Blue opens on that lilting floral nature of the wisteria which in the early moments floats like a veil. Then a watery accord reminiscent of water dripping off the flowers after a hard rain. It provides a place for the wisteria to get a bit stronger in presence. That amplification continues as jasmine and rose uplift the wisteria on their shoulders. Sr. Flores-Roux keeps this in balance throughout which I don’t think is as easy as it is for me to write it.

Ms. Slatkin has realized her vision of a Garden District in a fragrance as Wisteria Blue captures a sunny stroll down a street where the flowers are clinging to the architecture.