I am not a fan of the movie remake. The great majority of the time it seems like an exercise in laziness infused with vanity. A modern set of movie stars want to see if they can do better than what came before. The answer almost every time is “No!” It turns out that there are some stories which can be told again and again because they are about celebrity. “A Star is Born” seems to be one of them. 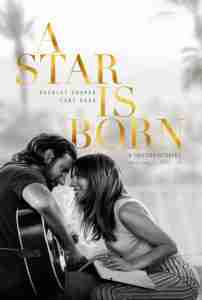 The first version of “A Star is Born” was released in 1937 and revolved around the acting business. It sets the template for all the successive versions. Older popular male star meets younger unknown female talent. The trajectories of their careers go in different directions exacerbating the addiction problems of the older man leading to tragedy. The story is simple. The plot is as straight as an arrow if not a bit trite. Yet all four versions of this movie succeed because the actors in the leading roles have something to say about stardom and fame. Fredric March and Janet Gaynor showed us the Hollywood studio system. In 1954 it was transformed to a musical starring James Mason and Judy Garland. This was still a story about the motion picture business, but Ms. Garland’s character was an aspiring singer, too. By 1976 Kris Kristofferson and Barbra Streisand turned it into a commentary on the music business. In the most recent version Bradley Cooper and Lady Gaga retain the music business setting. 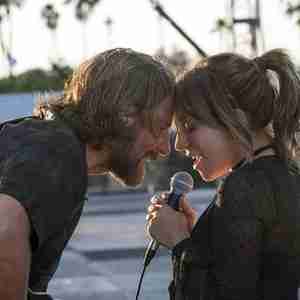 The new version was one of those projects stuck in development hell for many years. Beyonce was going to be the young singer and every A-list actor you can name was rumored to be interested in playing opposite her. Then she stopped waiting. In the interim Mr. Cooper became interested not only as an actor but as a director. When the studio gave the green light to move forward he chose Lady Gaga as his co-star.

Lady Gaga plays Ally as songwriter sometime singer at a cabaret. When she has her first encounter with Mr. Cooper’s Jackson Maine singing “La Vie en Rose” I was reminded of the movie “Cabaret”. Lady Gaga stalks the room handing out roses until she stretches out on the bar in front of Jackson handing out her final rose. From there they spend the night roaming through the after-hours life of a big city cautiously opening up to each other. Throughout this introductory sequence Mr. Cooper uses a directorial technique of close-up on the two faces when they become the most connected. I found it effective because it felt like I was being drawn into a secret conversation. It also visually cues that when these two characters are connected there is nothing else to be seen. Throughout the movie the close-up of both characters is used effectively.

The music is a mixture of the roots rock of Jackson Maine to the almost everything else by Lady Gaga. If there are people who dismiss her as spectacle over substance I think a couple hours in the theatre will change some minds. She is not going to be seen as lesser than Gaynor, Garland, or Streisand. Although in this case on the acting front a star truly is born. She is going to have some interesting places to go on the movie screen after this.

I always wait to see what song manages to find purchase in my head. Which song am I hearing over and over. For this movie it is “Always Remember Us this Way”. I laugh to myself because when the Streisand version was released in 1976 the song “Evergreen” was my high school, and many many others, prom song. I have a feeling “Always Remember Us This Way” is about to have a similar popularity. It is the best song in a movie of many because it starts slow and builds allowing Lady Gaga’s voice at times to be the sole instrument playing. It is one of the best ballads in her career.

I wrote a few backs about movie star v. celebrity. “A Star is Born”, in every version, is a story about the latter how it lifts you up only to tear you down. That it turns out to be a timeless story has something to do with the original screenplay. It also has something to do with eight incredibly talented actors who have shown it to be true. The new version is part of that. 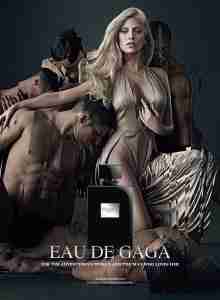