One thing perfume can do is to illuminate ingredients through fragrances which use a large amount of them. Referred to as overdose; it is not one of my favorite descriptors because it sounds like it is negative. When it is done with imagination having an ingredient at high concentration allows you to see some of the subtle undercurrents. Laboratorio Olfattivo Tonkade reveals tonka bean’s hidden facets. 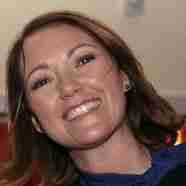 Tonka bean is one of the most used ingredients in perfumery. It is rich in coumarin which is the ingredient which launched modern perfumery. That is why it is added to so many formulas. In the hands of a perfumer it can be the exact shading necessary to achieve an effect. In Tonkade perfumer Marie Duchene turns this around. By making tonka the focal point she has to find a series of ingredients which illuminate all that is there.

It starts as that recognizable coumarin quality meshes with a soft neroli over which cardamom breezes. There is strong citrus character which is given a hay-like sweetness to interact with. A clever choice of a precise amount of dried fruits is used to make that sweetgrass nature stand out. This flips the script of tonka in support of fruity top accords. In the heart tonka finds its usual partner of vanilla. Usually the tonka is used to attenuate the sweetness of vanilla. Here Mme Duchene allows the vanilla to amplify the inherent vanillic parts. This is another reversal of roles which works. The most interesting pairing comes as steely incense skirls through the tonka. There is a toasty quality of tonka which flits around the edges. Here it is much more prevalent. The austerity of the resin as contrast is compelling in the way of opposites. Over time Tonkade settles into a very warm comforting experience.

I know you think you’ve smelled tonka. Tonkade might show you something you haven’t experienced before. One thing is certain Mme Duchene gave tonka its due.