Every day is an opportunity to learn new things. A recent new thing I learned was co-incidentally the name of a new perfume release. When I eagerly received the new Keiko Mecheri Embruns I thought the name was a take-off on embers and so I was expecting smoke and incense. I was so very surprised to find something entirely different. It turned out the word embruns has nothing to do with smoke or fire. It actually has something to do with the ocean and the waves. Embruns is the French word for the spray which comes off the crashing of waves against the shore. It turns out to be an apt word which does match the perfume inside the bottle. 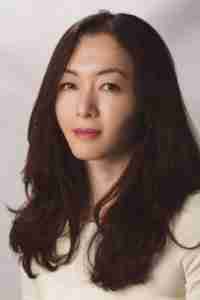 In the press release Embruns is described as “water for a Japanese eccentric literati”. Embruns does use an ethereal sea spray note early on but it eventually leads to a floral heart before turning into clean woods and a bit of sweet. It is a concept of austere controlled masculinity with only the sea spray allowing any entropy to decay the order.

Embruns takes that typical aquatic accord and turns it sheer and slightly opaque. In other compositions this accord would make you feel like you were standing right on the beach. In Embruns it is more like you are looking down from a cliff at a distance as the waves pummel the rock face. The wind carries the spray to you from afar. What is also here is the Japanese citron called Yuzu. It adds a citiric foundation for the sea spray to settle upon. This is a finely honed opening where getting the right balance had to be very difficult. The heart is a little easier as orris transitions from the yuzu and sea spray into a sturdy floral heart. The orris sets the stage for a very refined leather accord to join it. Leather and orris are becoming one of my favorite perfume pairings as they seem to complement each other very nicely. Here after the orris is present the leather provides a richness that turns the iris into something quite virile. The base notes go woody with sandalwood picking up on the creamy qualities of the leather and the cedar cleanly framing the orris. A pinch of vanilla makes it a tiny bit sweet, too.

Embruns has 10-12 hour longevity and modest sillage. This is one of those fragrances that you will think is gone only to have someone comment on how nice you smell.

You might think after so long Ms. Mecheri might have little new to say. Embruns is evidence to the contrary. It shows a creative effort that has done nothing but become more sophisticated over time.