The perfume business is a strange beast. Here’s the latest exhibit. Paco Rabanne’s fragrance releases have been solid mainstream offerings over the past few years. For my tastes I keep finding myself drawn to one of the flankers over the original pillars. One of those flankers was Invictus Aqua which was released at the beginning of 2016. Composed by perfumer Anne Flipo this was a nice take on the masculine aquatic which stood out among the other choices at the mall. Then inexplicably it was removed off the perfume counter in 18 months. I was fascinated to find out why because I wanted to use the story as a Dead Letter Office column subject. As I shot off emails and made phone calls trying to ascertain the reason; I was contacted by the PR company representing the brand. I was told Invictus Aqua was going to be re-released early in 2018 followed by the offer of a press sample. I took them up on it and waited for my opportunity to review it; which is here. 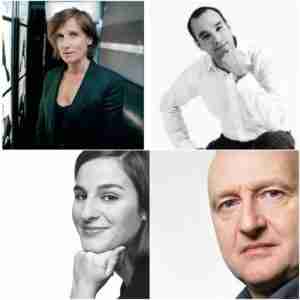 Before we go too far I will say that Invictus Aqua 2018 is overall fresher than Invictus Aqua 2016. I do think they are similar enough that you probably don’t need both in your collection as they both cover enough of the same ground it would likely seem redundant. Besides the scent profile the perfume was composed by a trio of perfumers who joined Mme Flipo; Nicolas Beaulieu, Juliette Karagueuzoglu, and Dominique Ropion. It seems like a lot of firepower for the slight difference on display.

The biggest difference I found shows up in the first few moments. Aqua 2016 opened on a sunny citrus mix before the typical ozonic aquatic accord arrived. Aqua 2018 opens with that set of aquatic notes making the first few seconds slightly sharper. When the grapefruit comes forward in Aqua 2018 it begins to dovetail with the previous version more closely. From here until the finish the two perfumes are on the same track but when wearing them side-by-side the Aqua 2018 always felt a little cleaner and a little lighter than Aqua 2016. So, the green violet leaves, the light woods, and the synthetic amber are close enough.

I think Invictus Aqua 2018 takes its place on the department store counter in the same place it was when it left as one of the better aquatics in that sector.

Disclosure: This review is based on a press sample provided by Paco Rabanne.

When I first moved to New England and the Florida boy was grumping about the lack of beaches; I was told that I would come to appreciate the rocky coastline. In the height of summer that was never exactly true. I wanted soft grainy sand to lay out on not craggy outcrops. Where it became true was when we would venture out late in the fall, north towards Maine. With some chill in the air as we would walk along the rocks, hopping from one to the other, there was a complex scent in the air as the minerality of the rocks mixed with the sea spray. Along with bright late fall sunshine this was an aquatic kind of perfume I could want. Just as I headed into the fall of this year I received my sample of L’Artisan Parfumeur Un Air de Bretagne which reminded me of those rocky coastlines.

Un Air de Bretagne was based on what I think is the French equivalent to Maine; the Brittany coast. Perfumer Juliette Karagueuzoglou uses many of the popular ingredients you fine in the aquatic style of perfume but she manages to give them a little more heft evoking the fall rather than the apex of summer. 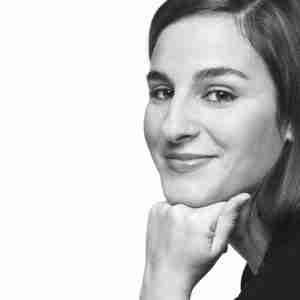 The best example of her adding something to the ordinary comes right at the beginning as Calone is part of the sea spray accord. Calone is this classic ingredient but in Un Air de Bretagne M. Karagueuzoglou wants to capture a more kinetic crash of big waves against the algae covered boulders. So, she adds some of those green algae-like accords along with a kind of iodized note. It takes the Calone and transforms it into something different than almost every other fragrance which relies on it. There is more energy to it as the melon-like quality is covered over by the green and mineral aspects. She perfectly captures that fall day when the spray hangs heavier in the air. A softer style of green comes as neroli comes out of the sea spray and sends the perfume towards a base of ambergris and cedar.

I have mentioned many times how much the aquatic genre has evolved, especially over the last three or four years. Un Air de Bretagne is one of those next generation aquatics. I have become a fan of the genre again because some of our most talented perfumers are finding new ways to display old tropes. M. Karagueuzoglou has shown that there is still plenty to explore on the rocky coastline of Un Air de Bretagne.

Disclosure: this review is based on a sample provided by L’Artisan Parfumeur.