Usually the press release accompanying a new perfume is just something to be ignored. The exception is when it contorts itself into a pretzel trying to make itself too cool. This usually happens when the brand wants to reach out to younger consumers hoping they will find their product an indispensable piece of their lifestyle. When it comes to perfume it happened with the press release for Juliette Has a Gun Liquid Illusion. 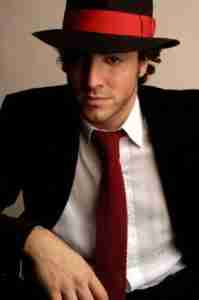 The press release goes out of its way to mention that the ingredient heliotropin is present in ecstasy. Then it goes on to mention that Liquid Illusion is meant to put you in a trance. Okay this is what I read, and laughed at, wondering what would be in the sample I received. When it arrived, and I put some on a strip my laughter turned into outright guffaws. I don’t know where it is that creative director perfumer Romano Ricci hangs out where he has encountered ecstasy but based on Liquid Illusion it might be at the bottom of his grandmother’s cosmetics case. Liquid Illusion is a gourmand tinted Coty lipstick accord fragrance. Its not what I’ve experienced the very few times I’ve been around a rave. Perhaps in Europe its different. Here is the thing, once I put aside all the nonsensical verbal frippery the perfume is good.

The use of heliotropin in perfumery is interesting because it is one of those ingredients which provides a variable effect depending on concentration and what surrounds it. Used with intent it can have a dramatic effect. M. Ricci has intent, even if it is misguided, as he sets the concentration of heliotropin such that its almond nature prevails over the cherry part. In the early moments’ hints of the cherry work nicely with the main modulator of violet. The almond comes off delicately powdery. That powder sifts itself onto a rich orris and tuberose. This is that Coty lipstick accord given a nutty veil. Benzoin and tonka comes forth to switch the gourmand aspect from almond to vanilla. It provides a warming effect for a large amount of ambrox in the base.

If you take Liquid Illusion for what it is, you will find an unusual take on a lipstick accord. If you’re looking for a perfume which puts you in a haze of ecstasy, EDM, and swirling lights; this is not the rave you’re looking for.