One of the aims of this series will be to allow me the opportunity to put the spotlight on perfumers I think are underrated. Sidonie Lancesseur has been releasing perfume since 2006. She is one of my favorite perfumers because she can create special effects within her perfumes. What I mean by that is she creates accords which do things any perfume lover is familiar with. What sets it apart is she does it while bending ingredients you don’t normally think of as having that characteristic. The brand which exposed her name to me, and most others, is By Kilian. She is another perfumer where I could use her work just for that brand to write this column. I limited myself to one because her work for other creative directors is also worth knowing about. Here are five perfumes which I think represent Sidonie Lancesseur.

By Kilian Cruel Intentions (2007)- I remember being in New York City trying the perfumes in the debut collection of Kilian Hennessy. M. Hennessy was debuting a collection of luxury niche perfume. I was enticed by all of them but there was one I kept going back to; Cruel Intentions. What struck me was Mme Lancesseur managed not to go overboard with the oud. At that point in time it seemed like perfumes were in a race to see who could have the oudist oud. Mme Lancesseur used it so the other ingredients could interact with that. What it means is violet, rose, sandalwood, vetiver, and castoreum can find space. Each tease out different pieces of the oud. Cruel Intentions was my favorite By Kilian on day one and remains so to this day.

Frapin L’Humaniste (2009)– This begins what I think of as the “sunlight trilogy” of Mme Lancesseur’s perfume portfolio. When you think of perfume ingredients which capture light it usually starts with citrus. In L’Humaniste she uses a palette of herbal notes wrapped around a gin and tonic core. This is a perfume that reminds me of sitting on the deck with a clear sweaty glass of gin and tonic as the sunlight reflects off the drops of condensation with the smell of freshly cut grass from the neighbor mowing their lawn. It is a staple summer perfume for me. 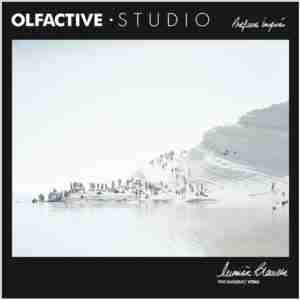 Olfactive Studio Lumiere Blanche (2012)- Creative director Celine Verleure would ask Mme Lancesseure to interpret a photograph by Massimo Vitali. The photo shows white sands reflecting off still water. Mme Lancesseur would translate the heat of the sun with a set of simmering spices. The whiteness of it all with a milky accord of iris and almond before warming it back up with sandalwood. All of this carries an intensity of summer sunlight via warm perfume notes. I return to this perfume often because of the sunny warmth it exudes.

Amouage Sunshine Woman (2014)– Under Christopher Chong’s creative direction Sunshine Woman is a perfume which lives up to its name. What is amazing is Mme Lancesseur does this with ingredients like almond, magnolia, patchouli, and cade. Cade is the ingredient most commonly used to add smoke; the furthest thing from sunlight. What she does here is she uses it as the far-off edge of a thunderstorm; the definition of the end of the sunlight. This is one of the most solidly constructed perfumes of her career.

Jul et Mad Nin-Shar (2015)– Creative Directors Madalina Stoica-Blanchard and Julien Blanchard wanted to take their brand in a darker direction. It is here where Mme Lancesseur shows she know the dark as well as the light. It opens with a fantastic accord she calls “rose liquor” that reflects a boozy powerful rose. She then throws in a very indolic jasmine into the mix to create even more depth. This might sound blaring and monotonic. It isn’t. there is so much to see here in the swirling darkness that this accord shifts like a wraith over the early hours. There are few perfumers who can make the dark kinetic in the way Mme Lancesseur does.

For a brand to thrive they need to be willing to take on new directions. They also need to be aware that the new direction needs to feel connected to what has come previously. When I learned about the new Jul et Mad Les White Collection I was interested to see how, what seemed like, a new direction would feel.

Jul et Mad is the perfume brand owned and creatively directed by married couple Julien Blanchard and Madalina Stoica-Blanchard. The first four perfumes in the line were chapters in their love story from first meeting to marriage. With Les White it is inspired by ancient civilizations that they admire. Those first four perfumes had sprightliness along with the frisson of a new relationship. They also were mostly on the lighter side of things. Les White was going to head for the deeper richer style of perfume that hadn’t really been represented by Jul et Mad so far. 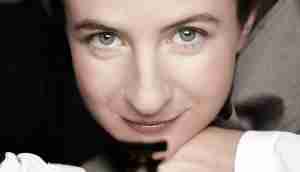 When I stepped up to the booth at Esxence 2015 I had the inspiration explained to me. Then I had the chance to try all three. I was very pleased to find they all adhered to what I would consider the Jul et Mad aesthetic as they all took a dive into the deep end of the perfumed swimming pool. Perfumer Luca Maffei was responsible for Nea and Garuda. Perfumer Sidonie Lancesseur did Nin-Shar. I am going to review all three and will save Sig. Maffei’s for another day. Mme Lancesseur’s entry is a good place to start. 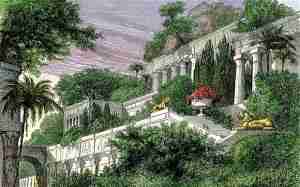 Nin-Shar is the Goddess of Plants in Sumerian mythology. The ancient civilization Mme Lancesseur was asked to interpret was that of the Hanging Gardens of Babylon. The Hanging Gardens didn’t really hang they were the original rooftop gardens on the Royal Palace of Babylon. As you can imagine Nin-Shar would be a busy goddess overseeing all of this. In Mme Lancesseuur’s perfume we find her in the section of the garden where roses grow. Nin-Shar is a decadently rich rose fragrance.

Mme Lancesseur uses an interesting rose accord to open Nin-Shar called Rose Liquor. It smells to me like rose which has been marinating in rum. It imparts a boozy floral quality to the early moments. It also has a kind of dark fruits character to it as it dominates for almost an hour and it slowly evolves over that time. The heart of Nin-Shar is actual Turkish rose along with Egyptian jasmine. A lot of time these raw materials are used so as to moderate their spicy and indolic facets, respectively. Mme Lancesseur couldn’t afford to allow that or they would have been lost to the rose liquor. She uses everything those notes have to give. This makes for a floral heart with an intensity of deep floral highlights that is in constant evolution on my skin. I think because Mme Lancesseur doesn’t try to hold back it makes for an overall effect which is much more kinetic than you might expect from something this intense. We head for a woody base with one of the Robertet patchouli fractions which accentuates the more herbal nature of patchouli. Mme Lancesseur blends oud, cedar, and sandalwood as her foundation. Unlike the heart accord this is kept tightly controlled. That allows the rose to linger much longer over the final stages. A bit of sweet vanilla and frankincense round things out.

Nin-Shar has 10-12 hour longevity and above average sillage.

Nin-Shar is without a doubt the deepest and strongest perfume in the entire Jul et Mad Collection. Even so it does not feel out of place. It feels like the deeply emotional connection between two individuals in love. Had they chosen to make this Chapter 5 of the perfumed love story it would have fit. Instead we have an opulent rose which seems like its own Ancient Wonder.

Disclosure: This review was based on a sample provided by Jul et Mad at Esxence 2015.