There is an adage about meeting your heroes which inevitably leads to disappointment. I think that applies because we can sometimes hold them to unaccountably lofty standards. I have been lucky enough to have met many of my heroes. I have enjoyed those meetings and walked away thinking how much I like the person. This was the case in December of 2007 when I met Joss Whedon.

For those unfamiliar with the name you probably know his TV shows and movies. He created the television version of Buffy the Vampire Slayer along with its spinoffs. He made the jump to movies and was the director of the first Marvel’s The Avengers and its sequel. He has been known for creating roles which feature strong female characters. From 1997 until 2015 Mr. Whedon was a geek mainstay while being considered one of the most creative members of it all. 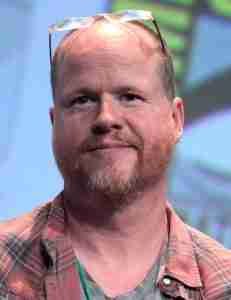 I met him when he came to Boston in the early days of Hollywood Writers Strike. Writers were fanning out to different cities to lead protests. On this cold day in Boston he would lead a march around Harvard Square. As we walked, he would fall in step with different groups and chat with us. He has as quick a wit in person as his characters do on a page. As it was with every fan panel, I ever saw the discussion turned to why he chose to write stories about women who exhibited a pronounced sense of who and what they were. I don’t remember his exact answer, but it is a riff on this I heard him say many times, “I do it because I’ve only ever had those types of women around me.” On that day I walked away thinking this particular hero had lived up to his impression in my head.

Which is why the recent news about Mr. Whedon has been so distressing. Starting with actor Ray Fisher who Mr. Whedon worked with on the “Justice League” movie. It would become more than one angry actor as others who had worked with Mr. Whedon would begin to tell their stories. All of them were of him unmercifully berating the people he was working with. It has come to light he enjoyed tearing down the people who worked for him, especially it seems the women.

What bothered me personally was the way he touted his belief in women being more than equals in public. Only it turns out to be something far different in private. Now I felt like I had been had by a con man. Which to some degree remains my primary emotion.

To help give me some context I went back and watched some of my favorite pieces of tv and movies he has been responsible for. The stories being told are still of empowered heroines doing heroic things. That part doesn’t change. That I know there was emotionally manipulative efforts by Mr. Whedon bothers me. Yet I believe the work stands on its own.

Despite being created by a con man closet misogynist the stories are worth being seen. Hopefully to inspire future generations to be able to stand up to bullies like Mr. Whedon. 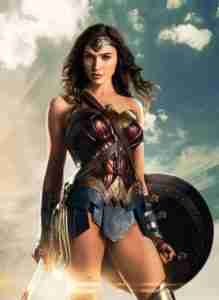 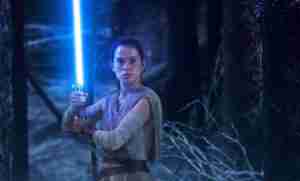 I don’t think you can be a card-carrying geek if you don’t have something you are very passionate about that the rest of the world is not quite as passionate about. Coupled with this is an often Quixotic need to tilt at the vox populi windmills trying to find people to join you. For many geeks my age our first quest to resurrect Star Trek saw success beyond our imagination. Once Star Trek took off we mostly found a world where things geekly were more accepted. Even so there were still pockets of resistance. I decided that there was a little show called Firefly which I wanted to champion. 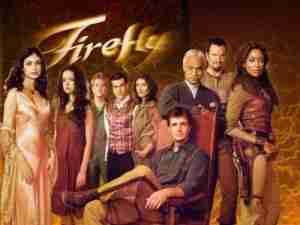 Firefly is a story of how a broadcast network sometimes just doesn’t understand what they bought. Fresh off of producing Buffy the Vampire Slayer and Angel the Fox network picked up Joss Whedon’s next series. The series was pitched as a western in space. Following a band of space cowboys who worked on the fringe of the known universe and the legal system. Mr. Whedon created a rich universe and nine well-drawn characters. With Mr. Whedon’s television series there is a build up throughout the run of episodes which leads to a crescendo. It is slow building at first. That slow build was not appreciated by the overseers from Fox. They insisted on showing episodes out of order. Getting viewers to watch a serialized science-fiction show is tough asking them to fill in missing pieces that they hadn’t had the opportunity to see was not a recipe for success. Firefly could not be rearranged as if it was a police procedural with a crime of the week. Mr. Whedon’s universe was more intricate than that. To show you how bad it was the pilot episode the one which introduced the relationships between our nine characters was shown as the eleventh (!) episode. It wasn’t until it was released to DVD that we were able to watch the episodes in the correct order. 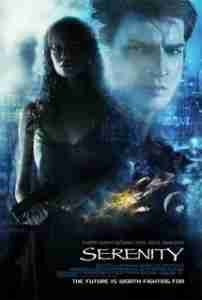 Then a funny thing happened once people had the chance to watch this quirky little series of fourteen episodes in one sitting it started to thrive. In what was a forerunner of binge watching a series Firefly was just short enough to reward a few nights of watching. All of a sudden our little corner of the universe was getting more populated. It got so populated that Universal the studio that produced the series took a chance on a movie version just two years after it was canceled. That movie called Serenity was unable to make enough money to break even at the box office. It showed that even though there were more fans there weren’t enough to sustain a movie franchise.

Since Firefly many of the creative people involved have gone on to greater success. Nathan Fillion who played Captain Mal has found his niche playing detective fiction author on Castle. Joss Whedon of course is the director and writer of the two Marvel’s The Avengers movies. Morena Baccarin who played Inara was in three seasons of Homeland. Adam Baldwin would take much of his Jane personality to his five season stint on Chuck. That’s just a few credits. The cast regularly talks about how much fun and camaraderie was present on the set. They have also embraced the fans called Browncoats. There are none of them who shy away from the fan community and that makes all of us band together more tightly.

If you’ve run out of things to watch in your streaming queue give Firefly a try and if you want to come be a Browncoat, you know where to find me.