“For me, Savannah's resistance to change was its saving grace. The city looked inward, sealed off from the noises and distractions of the world at large. It grew inward, too, and in such a way that its people flourished like hothouse plants tended by an indulgent gardener. The ordinary became extraordinary. Eccentrics thrived. Every nuance and quirk of personality achieved greater brilliance in that lush enclosure than would have been possible anywhere else in the world.”- From “Midnight in the Garden of Good and Evil: A Savannah Story” by John Berendt

The quote is from one of the books about the American South which only exists in a few outposts which allows eccentricity to thrive. Savannah, Georgia is a smaller more insular version of the more well-known New Orleans, Louisiana. Both cities pride themselves on their ability to march to their own beat. It is those eccentrics that allow those of us less willing to take risks the opportunity to step into their world, in these cities, and let our freak flag fly for a short time.

In the world of independent perfumery if there is a section of the world which seems to have a thriving eccentric mix of creators it would be the American Pacific Northwest. Josh Lobb of slumberhouse is one of those who has flourished like a figurative hothouse plant. Mr. Lobb approaches each of his perfumes like a man working in a hothouse as he examines and sources each material within his perfumes to find the exact right balance he is looking for. In his latest release Kiste Mr. Lobb was inspired by summer in Savannah and he has created another nuanced fragrant tale from his fertile mind. 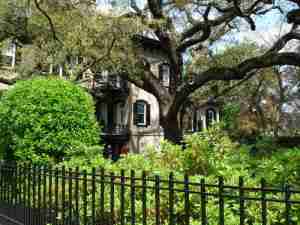 If you’ve ever spent summer in Savannah there is a physical weight to the humidity and it is something Mr. Lobb captures perfectly within Kiste. The other effect humidity has is it makes odors linger as they just can’t escape the moisture laden air. So if you were to be sitting on the porch of a Savannah house with a fan twirling overhead, a pitcher of sweet tea, surrounded by dense foliage with a cigar as the sweat rolls down your face. Then you know what Kiste smells like.

Kiste opens on an overripe peach note next to the tea accord. This is what passes for the sweet tea portion of Kiste. It was what got my attention from the moment I first tried it. I have never smelled anything like this in a perfume before. It is so well done I can see the condensation on the pitcher and the sweat on my forehead racing to see who can reach the bottom first. The foliage accord comes next and this is also the smell of leafiness made more pungent by heat. The note which pulls this together is henna as it adds that sense of living decay to the leaves. This all leads to the star of Kiste a specific tobacco note Mr. Lobb created especially for Kiste. He commissioned a bespoke pipe tobacco which was made to his specifications and then he performed his own extraction of it. I don’t know what was in the bespoke tobacco but what shows up on my skin is what I would describe as a candied tobacco with a hint of Jack Daniels. There is a sweet syrupy quality along with the bite of good whiskey. It all comes together to make Kiste as warm as that red ball of sun setting on the horizon.

Kiste has 18-24 hour longevity and above average sillage.

For those of you who have been challenged by Mr. Lobb’s “wall of scent” aesthetic in his previous creations I think Kiste might be the easiest of his collection to approach. It is still way more intense than the average commercial release but it is the least intense of anything he has made. When I am introducing someone to slumberhouse in the future Kiste is going to be where I start. For those who have been fans you might at first think this is the least complex slumberhouse to date and at first impression I probably shared that opinion. But in the 72 hours I’ve been wearing it there are hidden depths especially around that very special tobacco in the base. It is exactly why Mr. Lobb’s “every nuance and quirk of personality achieved greater brilliance in that lush enclosure than would have been possible anywhere else in the world.”

Disclosure: This review was based on a sample provided by slumberhouse.

When I was a kid one of my prized possessions was a candy apple red Hot Wheels miniature car. It had this mesmerizing sheen to it. I had the car before I ever encountered my first real candy apple. When I was holding the stick with this glossy orb on the end of it I was also entranced as I rotated it letting it catch the light. Eventually I brought it to my mouth and began to eat. Whenever I think of candy apple red I think of high gloss red paired with a sugary sweet fruity smell. I haven’t thought about the color or the confection for many years but for the last week it has been front and center in my conscience as I have been wearing the new slumberhouse Sadanne. 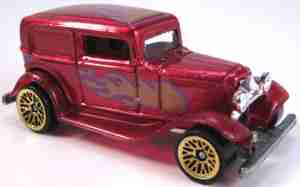 Josh Lobb the creative force behind slumberhouse has been one of my favorite stories in perfumery over the last few years. He has allowed word-of-mouth to bring people to his perfumes. Mr. Lobb works with exquisite one of a kind materials and his fragrances are unique. I look forward to each new release. Sadanne is Mr. Lobb’s attempt to push himself to work with the floral notes he is not so fond of. Another thing I admire about Mr. Lobb is he experiments with ways to compose his fragrance. In an e-mail he told me he used sillage to help him decide from mod to mod what was required next. After he finished a mod he asked his friend to put some on and then to walk by while he listened to music over his headphones. It seems to me it would give a different perspective on how your modifications were working in a more expansive way. Sadanne is different from almost everything in the slumberhouse line as it has a diffusive quality to it that none of the previous perfumes have.

Usually Mr. Lobb provides a copious list of ingredients to marvel over but for Sadanne he has eschewed that. This time he is leaving it to the wearers to discover. I am going to do my best to honor that as I attempt to describe Sadanne without going into distinct notes. It is easy because there are really three distinct phases on my skin and while I can pick out some of the ingredients it really is the effect that is paramount in my enjoyment of Sadanne. 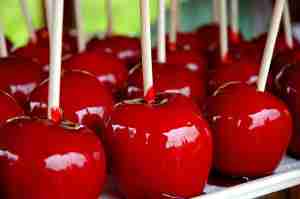 The first phase smells like freshly made candy apples. There is a crisp fruity quality encased in a glistening sugary shell. It immediately returns me to the six year old clutching his tiny car in one hand with a sticky red apple in the other. Mr. Lobb has imparted olfactory lens flares throughout this opening phase as there are bright glints throughout. 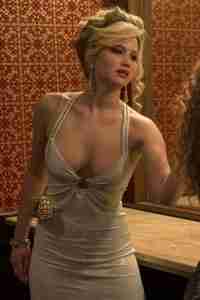 The second phase is, maybe, Mr. Lobb’s commentary on florals as he takes some of the most recognizable floral notes and he makes them bitter. It reminds me of the line from the movie “American Hustle”, “It’s like that perfume that you love, that you can’t stop smelling even when there is something sour in it.” The floral accord in the middle of Sadanne has more than a few bitter things in it and just like the quote I keep returning to it even though I know it should put me off. This really is Mr. Lobb at his best as he uses the sour notes not to damage but to make the wearer recalibrate their thoughts about floral notes. 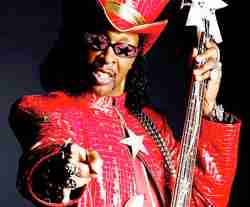 The third phase is a complete tonal shift into a fabulously dirty musky base. Every time I have worn Sadanne there is a moment where the bright candy apple and the florals just seem to fall apart and what you find was underneath is this funky filthy animalic beast. This is where Sadanne finishes and I love this part of the development. This is my kind of funk. It is like Bootsy Collins’ bass line on Parliament Funkadelic’s “Flashlight”. It reaches right down and grabs you in the low places.

Sadanne has overnight longevity but for those who know the brand it is the least long lived on my skin of the entire brand. The sillage is also greater than most of the other slumberhouse fragrances which makes sense considering how it was composed.

Sadanne is going to test the patience of those who think they know what slumberhouse smells like because Sadanne is like nothing else in the line. Sadanne is a perfume which requires an active wearer. I think by not releasing the note list he is forcing anyone wearing it to have to participate more fully in the experience. After four days of wearing it I have found it to be more engaging every time I wear it because I am participating more viscerally in the wearing. It is another winner from slumberhouse, for me.