I do like surprises. When I was at my recent mall field trip one of the sales associates asked me if I had tried Abbott before. While noticing the new packaging I was replying that I had when I also noticed there were two new ones. I sprayed them on strips, continued chatting; eventually walking away. Then as happens to many one of those strips began asking to be re-smelled. By the time I was ready to go I made another stop at the counter to ask for samples of both new Abbott colognes. 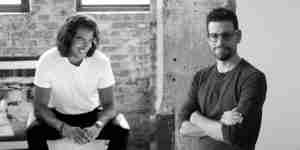 Abbott was founded in 2016 by Jose Alvarez and Michael Pass. Their concept was to make simple perfumes to capture the Great Outdoors. The debut four were Mojave, Sequoia, Telluride, and The Cape. They worked with perfumer Antoine Lie. I should’ve liked these. Except they just were not the sense of place they were trying to be. I couldn’t see the Mojave Desert in a dry tobacco. The blue-sky altitude of Telluride in a suede leather. Especially having spent a ton of time on The Cape I don’t think I’ve ever smelled minty ginger on the dunes at Truro. Sequoia was a wood fest which lost the forest for the trees. 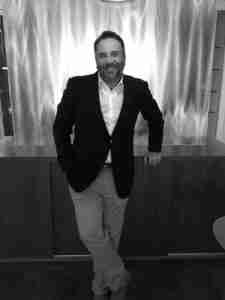 I expected the two new locations to similarly miss the mark for me. They didn’t. Working with a new perfumer, Steven Claisse, Messrs. Alvarez and Pass came closer to their stated ideal this time. Big Sky with a clever accord of cypress and vetiver captures the scent of mile-high evergreens with a hint of spices. It was the other new release, Voyageurs, which was on the strip saying, “sniff me again” which really caught my attention.

One thing which Voyageurs did was to trigger a scent memory of early spring hiking while in graduate school. Walking into a field of wildflowers just as the sun evaporated the last of the morning dew. That has always been a glorious scent lodged in my hippocampus. M. Claisse evokes that with a beautiful mixture of ozonic notes, violet, amber, and musk.

When they say the reason you go hiking is to breathe “fresh air” it isn’t a funny line. If you’re enough off the beaten track there is a clean snap to the air especially in the morning. M. Claisse uses a selection of ozonic notes to capture that “fresh air” without it becoming “sea spray”. What comes out of that clean air is a strong violet. I am a big fan of the smell of violets in perfume. M. Claisse does not disappoint as he makes it a focal point. This is what a field of wildflowers smells like. With the remnants of the ozonic accord lifting away this is my analogy of the dew evaporating under sunrise. An accord of damp earth comes from amber and musk as I walk through the violets.

Voyageurs has come along at the perfect time for me. My graduate school hiking days are behind me. Voyageurs brings back those memories of the trail.