The character of Sherlock Holmes has always been a part of my life. From reading the original stories by Arthur Conan Doyle to watching the different visual interpretations. If I’m told a book, tv show, or movie has a connection I am generally enticed to watch it. I have realized, as it is coming to its end, that the version being shown on CBS called “Elementary” has become one of my favorite versions. 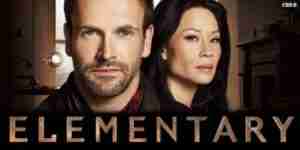 Elementary was created by writer Rob Doherty. Mr. Doherty decided to set it in the present day with a Sherlock who has fled London for New York City. His father hires Dr. Watson as a sober companion for his recovering son. Besides the change in locale Dr. Watson is a woman in this version. From the very beginning Mr. Doherty promised that there would be no romantic tension and he has kept that promise. What that has opened is a different relationship to their cases. It has allowed Watson to achieve more of an equal status than in almost any other interpretation of Sherlock. Throughout the series there are winks and nods back to the original source material. The show has a particularly original take on the romance with Irene Adler and the way that ties to his great nemesis Moriarty.

What has made the show so watchable has been the actors in the two lead roles. Jonny Lee Miller has portrayed a Sherlock in battle with his demons throughout. Mr. Miller has a wonderful way of showing his inner battles wordlessly. The stories allow him the opportunity to explore his negative feelings and where they take him. He still has his misanthropic streak intact it just shows in alternative ways. 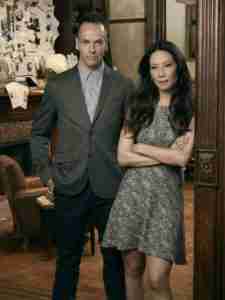 Dr. Watson has been portrayed by Lucy Liu. Ms. Liu has developed the character throughout the seasons. In the early going as she makes the shift from sober companion to assistant; she really sells her fascination with the way Sherlock operates. As Sherlock realizes he has a partner it is where Ms. Liu has shone. She has become more confident in her own instincts and there is much less of Sherlock showing her to be incorrect. It is one of the biggest changes between Elementary and almost every other version. This Watson becomes more of a colleague instead of a chronicler. It has proven to be a more interesting choice to follow over the seasons.

Elementary will be finishing their final season on August 15. At that point Mr. Miller and Ms. Liu will have portrayed Holmes and Watson for 151 episodes. The longest of any actors to ever play the roles. It has been a joy to spend that time with them.