I’ve often written about how the best results for geek franchises is when you put a true believer in charge. I’ve also mentioned with a bit of a sneer how I am not a supporter of fan service in search of a plot. The entire movie “Solo: A Star Wars Story” is an example of the worst of those impulses. I hadn’t considered what could happen if you allowed true believers the chance to apply their sense of fan service. The Mandalorian Season 2 is what happens. 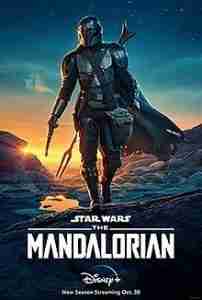 One bit of warning. I usually stay away from spoilers and major plot twists when I write about these things. This time I will be breaking that rule. Much of what I want to talk about requires me to reveal some of the best parts of the season. After the end of the next paragraph there will be spoilers.

The Mandalorian picks up where we ended the first season. A lone exiled Mandalorian bounty hunter has been tasked with returning a child to its own kind. Because that child looks like Yoda, we as an audience know where this should lead. A lot of the fun of the first season was writers Jon Favreau and Dave Filoni enjoying translating classic movie Western tropes into a Star Wars setting. There was also a kind of lone samurai or ronin feel to the title character as well. As the season begins The Mandalorian is looking for how he can return the child to where he should be. Spoilers From Here, Last Warning. 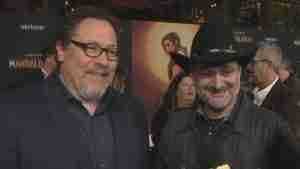 Right from the start we end up on Tatooine meeting a lawman wearing very familiar armor to any Star Wars fan. As this Mandalorian sees it he practices his code of only one of his race can wear it. In a saloon standoff an alternate option is offered. This is what I mean by fan service that assists the story. Only the audience knows the wider history of the armor belonging to Boba Fett. The characters are only interested in it for what it is not who owned it. In lesser hands the actors would have been saying “Boba Fett’s armor” twenty times in five minutes. It isn’t necessary to do that. Favreau and Filoni just let it be armor which one man wants and the other doesn’t want to give up.

This leads into a season of the return of many characters previously seen in the Star Wars saga. Yes, Boba Fett does show up because he wants his armor back. The ex-Jedi Ahsoka Tano is given an entire episode in which The Mandalorian believes she is a person he can leave the child with. By the time we are done Baby Yoda/ The Child has a name, Grogu. The other Mandalorian sect we know from the animated series comes to life as Bo-Katan and our Mandalorian work together. Every bit of this is fan service. Every bit of it works because they are characters given story.

The reason is Favreau and Filoni care about Star Wars. This isn’t corporate storytelling. It is creative people who grew up with this in their DNA. And it shows. They don’t want to see these characters devalued through hackneyed plots designed to get people to point at the screen. They do something much more difficult they get us to point at the screen in joy because these characters are being shown in the most relevant way.

Which leads to the very end of the season and the appearance of Luke Skywalker. Because these guys get it his return is fantastic. It has wonderful echoes to his father as Darth Vader in the way he moves towards rescuing Grogu. But here is where Favreau and Filoni get the gold star. The most iconic Star Wars character shows up and yet the emotional weight of the scene is on The Mandalorian and Grogu. This is the way.

The best part of it all at the end is we now know this is the beginning of wider exploration of this time and place in the Star Wars timeline. Because Masters Favreau and Filoni are here it looks like a new saga has begun.