When I received my press release on the newest collection from Jo Malone I began humming one of my favorite Beatles tunes. The five-fragrance set is called the “Marmalade Dreams” collection. Which had me singing the first line of “Lucy in the Sky with Diamonds”, “Picture yourself in a boat on a river with tangerine trees and marmalade skies”. Creative director Celine Roux was more inspired by thoughts of local fairs and the marmalades sold there. 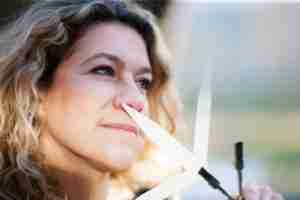 There are three new perfumes in the collection; Orange Peel, Tangy Rhubarb, and Rose Blush. Before I review these the two re-releases are worth mentioning. 2012’s Blackberry & Bay by perfumer Fabrice Pellegrin is one of those perfumes which has always evoked the feel of fruit preserves with a savory twist. The other one is 2013’s Elderflower & Gooseberry, renamed Elderflower Cordial. Perfumer Christine Nagel embodies the inherent tartness of both ingredient which fit the theme of this new set of fragrance. 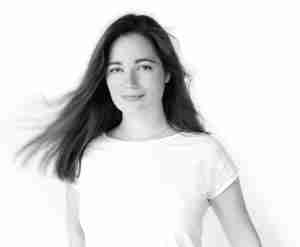 Orange Peel is composed by perfumer Marie Salamagne. It represents the most widely-known British marmalade ingredient. What she does here is to capture a freshly-made batch of marmalade just as it is finished. This is the scent of the steam in the kitchen infused with the orange. It has an expansiveness along with some substance. It is three ingredients of orange, rhubarb, and blonde woods. The rhubarb adds in the bite of the orange rind within the jelly. Because of that it lives up to its name as the peel holds sway over the pulp. The woods gently cradle it all. 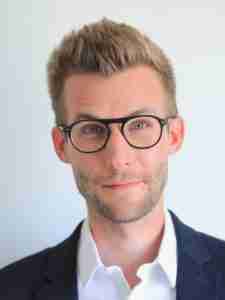 Tangy Rhubarb is composed by perfumer Nicolas Bonneville. In Orange Peel the rhubarb behaved as I usually experience it. In Tangy Rhubarb it reminds me of when I cook it in strawberry-rhubarb pie. When cooked the vegetal qualities are removed. What is left is a surprising sweetness with just a hint of the garden. Which is what’s happening here as the rhubarb is mostly lighter in effect with the sweeter aspect on display. Clary sage stands in for that garden as it also ends up on a warm woody foundation.

Rose Blush is also signed by M. Bonneville. This is that very English creation of the savory marmalade. I have described rose many times as having a jellied scent. M. Bonneville leans into that. What transforms this is a clever use of basil as the counterweight. Now you have this gelatinous matrix of floral and herbal precisely balanced. It is much more compelling than I was imagining before I tried it. As with the other the cleanliness of woods, in this case cedar is the finishing note.

All three of these are at cologne strength and have longevity of 8-10 hours and average sillage.

Mme Roux wants me to think of the fair. All I’m thinking about is marmalade skies while wearing these while drifting on a river.

Disclosure: This review is based on samples supplied by Jo Malone.