The pace of resurrecting heritage perfumeries is beginning to rival that of re-animating the deceased on The Walking Dead. The pace of success in this endeavor is compounded by trying to follow decades old recipes with ingredients no longer available or proscribed by law. The smart play is to take the ones which can be reformulated with the least amount of change while attempting a few new releases in what is meant to be the “house style”. The latest heritage house to be rebuilt along these lines is that of J. Lesquendieu.

According to the website, and on the bottle, J. Lesquendieu was a Parisian perfumerie founded in 1903. The man whose name is on the bottle, Joseph Lesquendieu, was responsible for the compositions. If you read the bio on the website it seems like M. Lesquendieu was an original artisanal perfumer for whom the quality of the material was paramount. He apparently had two peaks of success in the 1920’s and again in the 1950’s. I can only really glean that from a few very spread out breadcrumbs on the brand so it might be overextrapolation on my part. M. Lesquendieu passed away in 1962 with the brand soldiering on for an indeterminate amount of years before also having the same fate. 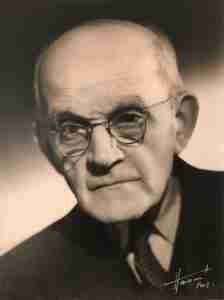 In 2015 the grandson Jerome Lesquendieu decided he wanted to bring his grandfather’s brand back to life. It was made easier because his grandfather had spent the final years of his life committing the recipes and perfume-making techniques to paper; probably hoping a subsequent generation would pick up the torch. With the younger M. Lesquendieu at the helm now he made the decision to reformulate three classics and create two new ones. Bonne Fortune, Feu de Bengale, and Glorilis are the three reformulations. Without seeing the original ingredient list all three feel like they are lacking in a certain power that perfumes of that time had. This could be a business decision to pull back on that intense kind of perfumery for fear it will not sell well in the current market.

The two new compositions, Lilice and Lesquendieu Le Parfum, are kept lighter. Lilice is a very typical powdery iris and rose fragrance. It doesn’t particularly stand out from the many other perfumes featuring that combination. Lesquendieu Le Parfum, on the other hand, does give the Oriental a nice twist by making a transparent leathery version.

Lesquendieu Le Parfum starts with a nod to classical perfumery by using birch combined with black tea to provide an acerbically interesting opening. The birch provides a strong contrast to the leafiness of the black tea, together it smells like a tar smoked cuppa. If that was done at high concentration it would be off-putting. In Lesquendieu Le Parfum it is kept at an opaquer shade allowing it to entice instead of push away. The heart is all about finding a floral support for that opening with jasmine and labdanum the choices. The jasmine helps refine the rougher edges of the top accord as the labdanum converts the smoke from tar to incense. Eventually it all snaps together in to a leather accord infused with tea. This all settles on to a typical Oriental amber, vanilla, and cedar base. Yet again it is all kept very transparent as everything prior has done.

These initial five releases have built up enough goodwill that I am interested to see what the young M. Lesquendieu will choose to do next. I am hoping for more similar to Lesquendieu Le Parfum.