When it comes to summer flankers it usually means adding something tropical to the DNA of the brand. The majority of the time it feels awkwardly placed as well as being redundant or inconsequential. Of the flankers for summer 2019 I found two which did a nice job of adding a tropical attitude to their respective lines. 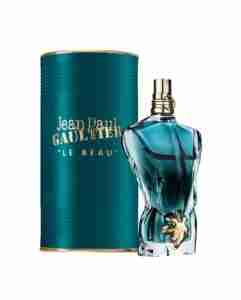 Jean Paul Gaultier adds a summer flanker to their Le Male line every year. As a whole this is one of the better summer flanker collections with many more successes than misses. For 2019 they created Le Male Le Beau by crossing the fresh aesthetic of the original through a fantastic coconut at the heart of it.

Perfumers Quentin Bisch and Sonia Constant collaborated on Le Male Le Beau. What they’ve produced is a perfume version of a summer book as a perfume. The freshness is provided by bergamot and they then use what the notes call coconut wood. It seems more like a mixture of coconut and wood. Tonka bean is also present to make that coconut sweeter and fleshier. So many coconut fragrances goo too far to the sweet. By using the wood to keep things drier the coconut has a better effect.

One caveat the name I gave you is what I was supplied by the brand. There are also other flankers which are Le Beau or Le Male. If this perfume interests you look for the exact bottle in the picture above. 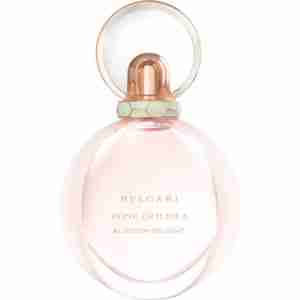 The original Bulgari Goldea is one of the best commercial releases nobody talks about. The unfortunate upshot of that is Bulgari has become a flanker machine over the last decade. Their success rate is surprisingly low for all the effort they put into it. When they released Rose Goldea three years ago I thought it was a nice summery companion to Goldea which had some personality. For Rose Goldea Blossom Delight I can say the same thing.

Perfumer Alberto Morillas has been responsible for all the Goldea releases. Rose Goldea Blossom Delight is distinctly different from either of its predecessors. M. Morillas sets that difference right from the start with a green top accord made up of papaya and violet leaves. Papaya is a naturally musky fruit and M. Morillas uses that faux-muskiness to create a lightly fruity musky opening. It dovetails nicely into the rose in the heart and the amber in the base. This is a delightful end of summer choice that will also do well as the weather cools post-Labor Day.