I am a generally happy person. The current coronavirus pandemic has worn away at that. I like to be informed but this time the more I learned the bluer I felt. Over the last few days I’ve unplugged from the news streams except for watching the local and national news for an hour. It has helped. The other thing that has helped is my love for perfume.

To fill up the time I’ve been working in the perfume vault. I am surprised at how much beauty there is to be found. I shouldn’t be, I write about it every day. On those shelves are history lessons, trips to faraway places, exceptional artistic visions; all of which are fascinating. I’ve been allowing myself the luxury of letting scent take me away. 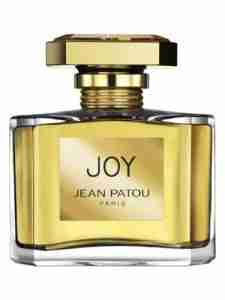 I have spent some of my time getting lost in my favorite perfume house, Patou. The Art Deco bottles seem appropriate as we enter this century’s own 20’s. The great Joy was created in 1925. I was struck by the way that perfume seems timeless. It is what a floral perfume should be at any time.

I turned to the Japanese inspired perfumes by Dawn Spencer Hurwitz for serenity. My favorite perfume by one of my favorite perfumers is her Bancha. I usually demur when asked to name a single perfume when asked what is the one I like best. Bancha is one which is unequivocal in my affection. I always wear Bancha on the first day of spring. The same sense of tranquility and hope descended upon me with each breath I took as it does every year. It is especially appropriate now. 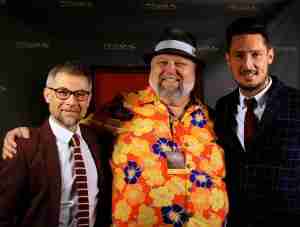 I hadn’t thought about what a great collection the Masque Milano perfumes have become until I spent an afternoon with them covering different patches of skin. It is such a varied collection that I smelled like a pile-up on the perfume interstate. Yet there is a real sense of vision now that there are several perfumes to examine. Alessandro Brun and Riccardo Tedeschi are in the midst of creating perfume which will stand the test of time. To spend this time with them has been illuminating.

I decided to go around the world while sitting at my desk. Perfumes took me to every continent all while never leaving the house.

I’ve never had the best answer when asked why I have so much perfume. Maybe I was just waiting for a time when all that I enjoy can be there as emotional support. I think those days have arrived. Perfume in the time of coronavirus will be what gets me through.

When it comes to my favorite dead brand, Jean Patou, I am a bit like Charlie Brown and Lucy when it comes to her holding a football for him to kick. Every time I think I will get some gratification only to find myself on my back looking at the sky. About a month ago I read that Jean Patou had been acquired by LVMH. What was odd was it had been done in such a way that people only learned of it well after the fact of the acquisition. Why was that? The press release announcing it was appropriately hopeful about giving the brand an elevated profile. Then the truth came about two weeks later when I got a press release announcing the new release from Dior; Joy by Dior. They acquired Jean Patou so they wouldn’t have to have any problems with the name of their new perfume. 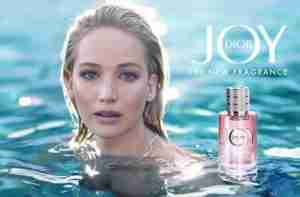 Jean Patou Joy is one of the acknowledged masterpieces of perfumery. It is seen as one of the greatest perfumes ever. Because Patou has been so decimated as a brand it is not as cherished as its other contemporaries. Which is why it is puzzling why Dior would make the decision to produce a new perfume with the same name of a masterpiece. The cynic in me says because they’ve unleashed their market research staff and found out most consumers have no idea there is a previous classic perfume called Joy. Which fits with the perfume that has been produced. Joy by Dior is a good perfume put together via the perfume assembly line of focus groups and market research; as cynical as it gets in other words.

Francois Demachy the in-house perfumer at Dior is responsible for Joy by Dior. It is very simple, very fresh, and very derivative. M. Demachy chose to create a mash-up of two huge best-sellers. The citrus opening is straight out of Chanel Allure and the floral heart is Dior J’Adore. In other words, it is just a re-tread. This has become a disturbing trend that has bled over into niche perfumery (Try the new Serge Lutens for an example). If you want a crowd-pleasing top seller just combine some of the best accords from your past, or another brand’s, and toss them together into a “new” perfume. Count on the consumer to just go with the happy flow. Voila! You have Joy by Dior.

The top is citrus. Studies say everyone loves citrus. M. Demachy blends a slightly bitter orange version. Flowers, everyone loves flowers; especially rose and jasmine. Yes, but don’t make them too heavy that makes people uncomfortable. It also might remind them of that other Joy. So, make sure the rose and jasmine are composed of expansive synthetic versions. What's the safest base we can use? Oh yes, another synthetic sandalwood wrapped in linen musks to make this as soft as can be. Because above all we want you to feel comfortable with your purchase.

Joy by Dior has 12-14 hour longevity and average sillage.

Of all the big brands Dior has been the one which has been the most openly cynical about the mass-market consumer. The whole Miss Dior Cherie-Miss Dior debacle is a prime example. Joy by Dior joins that list of dubious distinction.

Bottom line, Joy by Dior is going to sell like crazy. It is a perfume for people who don’t like perfume but still want to wear perfume. It is going to find its way into Holiday presents galore. If it isn’t the best-selling new perfume this upcoming shopping season, I’ll be shocked. It is why I’ll be shaking my head every time I smell it in the mall for the rest of the year.

Disclosure: this review is based on a sample provided by Dior.

As spring begins to take hold I find I am already looking forward to the summer nights when the jasmine scents the air. Jasmine is one of those ingredients which has multiple faces in perfumery. The reason is there are very few perfumes with a high quantity of jasmine essential oil. It is there in small quantities to flesh out a synthetic source like Hedione. That hasn’t kept it from still being one of the most popular florals in fragrance. I already mentioned that Serge Lutens Sarrasins is my Gold Standard but that is a beast. Here are five more which are a little lest feral.

Jean Patou Joy, I think, was my first introduction to jasmine when one of my parent’s friends wore it to a party and I was fascinated with how she smelled. It would be years later that I found out Henri Almeras took the very best florals of Grasse in rose and jasmine and combined them over a musky base. Joy is a masterpiece because of that attention to quality.

For those of you who think Sarrasins is too much Serge Lutens A La Nuit is a much more genial alternative. Christopher Sheldrake mixes two sources of jasmine and layers it over spices, honey and musk. While it sounds similar to Joy it is entirely something else and it is entirely pretty. 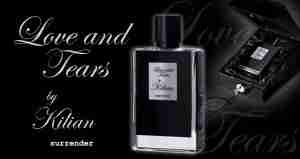 Calice Becker might have created the most stunning jasmine soliflore in By Kilian Love and Tears. In this perfume the jasmine pretty much stands alone. For most that kind of scrutiny would cause it to wither and die. Mme Becker creates a multi-faceted jasmine from a whole group of different florals and multiple jasmine sources. It smells like no single jasmine; it smells like all of them. It is utterly fascinating to try and dissect. It is much better to just let it whisk you away.

Krigler Juicy Jasmine 30 is a different take on the soliflore. It is a light fun perfume where the jasmine is lifted up by orange blossom, muguet, and hyacinth. Juicy Jasmine 30 always feels like it is taking me to a fabulous garden party.

Le Labo Jasmin 17 by perfumer Maurice Roucel is what happens when you take a bouquet of white flowers lead by jasmine and capture them in sweet sticky amber. This is the richest jasmine I own and the one I most often wear during the winter. It is comforting and warm underneath the jasmine.

If you like jasmine these five should be on your sampling list. If you want someplace to start these are great starting points.

Dsiclosure: I have purchased bottles of all fragrances mentioned.