If there is a perfumer I have been aware of for a long time who I wish to make a splash it is Jean-Michel Duriez. M. Duriez was the perfumer behind one of my favorite perfumes of all time Yohji Yamamoto Yohji Homme. That came out in 1999. Two years later he was hired by Proctor & Gamble to be the in-house perfumer for the revival of the Jean Patou brand they had just bought. To say I was happy was an understatement as one of the perfumers I admired was going to revive my favorite heritage fragrance brand…..then nothing. The support never came they added him as perfumer at Rochas in 2008 where he released a few things. Because I was curious if all this inactivity had affected his creativity I acquired his last fragrance for Rochas a Dubai exclusive called Secret de Rochas Oud Mystere. A mango, osmanthus, patchouli and oud accord reminded me why it was worth the effort. 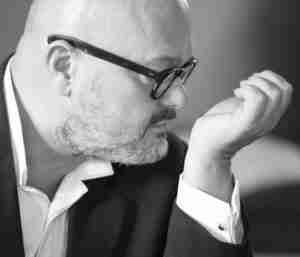 In February, I learned he had finally ditched the corporate overseers and had established his own brand which could be purchased in France. Seven perfumes each representing M. Duriez’s impressions of Paris and the Seine River. Once again, I had to rev up my network to obtain them for me. I have recently received a Discovery Set of all seven. I am still working my way through them all but the one which felt just right for the beginning of summer was Bleu Framboise. 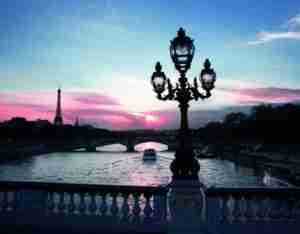 Part of each of the perfumes is M. Duriez uses a photograph by photographer Gerard Uferas as the companion piece/brief. For Bleu Framboise it is the colors of that sky, seen above, that M. Duriez wants to evoke. The deep blue is represented by chamomile and chypre while the magenta is raspberry and rose.

What drew me in to Bleu Framboise was the grapefruit and rhubarb opening. This is becoming one of my favorite citrus openings because of the sulfurous aspects of both the grapefruit and the rhubarb providing an unusual contrast to the typical sunny citrus accord. In this case it provides some shading to that brightness. The bleu part comes next as chamomile shows up first. Quickly followed by the raspberry and the rose. The rose used is a Turkish rose and it adds a jammy quality to the raspberry. This leads to a base of patchouli and an oakmoss accord to form a modern chypre foundation.

I am so very pleased that M. Duriez is back in the world of perfume in a more direct way. I think he is one of the best perfumers working now others will get a chance to experience his perfume, too. These new perfumes under his brand show much of why I believe in his creativity. I’ll be following up with a couple more reviews of others in the line before too long. For now Bleu Framboise is going to be like to paraphrase Prince’s Raspberry Beret , “If it’s warm I wouldn’t wear much more”