Back in 1984 I had started my first job and like many I was very excited to buy this new technological advance the VCR. For me it opened up an opportunity to see some movies I had not seen. What was also cool about that time was the stores that rented videos were often run by people who were also passionate about movies. I had one of those kind of stores I used in those early days of home video. When I would walk in after work the owner, Stephane, would happily show me what he thought was worth checking out from the new releases. This day he held up a title I recognized, “Once Upon a Time in America” by director Sergio Leone. I started waving my hand saying I had seen it in the theatre and it sucked. He smiled and said you haven’t seen this version. As I focused on the box I saw the words “extended cut”. Stephane told me that this was the real version of the movie and it was amazing. I trusted him so I took it home expecting to be ejecting it in a few minutes. Instead I was introduced to one of my all-time favorite movies and one I would place on a personal top 10 of best movies ever. How did it go from “sucked” to Top 10? That’s a story of moviemaking back in the 1980’s. 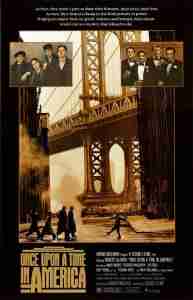 Sergio Leone is best known as the director of the so-called “Spaghetti Westerns” shot in Italy using the Mediterranean countryside as a stand-in for the American West. The movies starred Clint Eastwood and together form a version of the Western where our hero was as far removed from the upright honor of any Western character played by John Wayne as could be. What these movies did portray was a sort of rogue’s honor. These deeply flawed heroes had their own, verging on nihilistic, code that they adhered to. After his last release in 1971 he seemingly had stopped making movies. Then I had read he was doing a movie about Prohibition-era gangsters starring Robert De Niro and James Woods. I was there opening weekend. I walked out of the theatre wondering if Mr. Leone was losing his mind as the movie made no sense. Characters showed up out of nowhere. Others did things without seeming motivation. I just knew what I had hoped would be awesome, sucked. 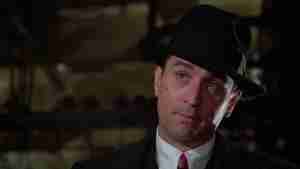 Once Upon a Time in America premiered at the 1984 Cannes Film Festival. Once the lights came up it received an enthusiastic standing ovation from the festival goers. That version was 229 minutes long. The American distributor The Ladd Company was concerned that the length of the movie would limit its box office potential. Because they had the right to edit the film for American release they removed 90 minutes reducing the running length down to 139 minutes. Imagine any movie you like having a third of it removed by, in essence, accountants. Of course that version sucked.

By the time I was putting in the first of two cassettes in my VCR at home I had the 229-minute version. I had a cinematic marvel which drew me in and has never let go. The longer version takes you through the childhood of petty criminals Max (James Woods) and Noodles (Robert De Niro). The entire first act is played by child actors and shows how this rogue’s honor is formed. As Prohibition arrives these now young men, and played by Mr. Woods and Mr. De Niro, build an empire based on their speakeasy. They gain more and more influence and power but can never really attain the things they want most. When Prohibition ends, their empire starts to crumble and this time they are not quick enough to adapt. A tragedy happens causing Noodles to flee the country. He returns as an old man in 1968 because he received a letter which seemed to know more about him than anyone should. He returns to his old neighborhood to figure out what happened. 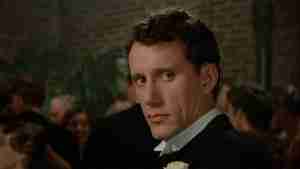 This is a movie dense with visual motifs foreshadowing much of the movie’s plot. Many of the scenes which have the most impact are when these amoral men try to become what they perceive as civilized only to revert to their amorality. Mr. Leone was unflinching in the way he portrayed some of these scenes they are difficult to watch and brutal. Because the characters are portrayed so vividly you feel the attempt to reach out for something more only to fail. In the final act Noodles explains to the man who brought him back the code he lived his life by and why he wouldn’t do what was being asked of him. Even at the end the rogue’s honor code was the only way he could live his life.

I’ve been purposefully vague about the plot because there are a lot of wonderfully crafted plot turns which should be experienced upon viewing.

I would say the performances by Mr. Woods and Mr. De Niro rank among the very best of their career. In the longer version there is nothing out of place. Last year for the 30th Anniversary of the release of the film an additional 22-minutes were added and this was supposedly the version Mr. Leone had wanted to release. If you like great moviemaking “Once Upon a Time in America” should be in your video queue.