The summer of 2015 is coming to an end. As a warm weather lover I am wringing every drop of sun and warmth out of the remaining days of the season. With schools opening up over the next few weeks even though the calendar says summer it means fall is on its way. Sometime in the next few weeks the great rotation of everything will happen. The heavier fall perfumes will move the summer ones to the back of the shelf. The sandals will be traded for loafers. The sweaters will come out of the cedar chest with the clean smell of the wood clinging to them. If I have a scent which signals the changeover from summer to autumn cedar would have to be it. I think Josh Meyer the independent perfumer behind Imaginary Authors might agree with me. His latest release is called An Air of Despair and it is meant to be a limited edition for the summer and fall seasons. It is a cedar focused fragrance and it captures that moment when we shift gears from warm to cool.

Mr. Meyer is another of this recent breed of independent perfumers who adds something visual and written to his fragrances. His perfumes carry the name of a book that never was including what one might find on the dust jacket of this fictitious fiction. Here is the description of An Air of Despair: “When Vivian Gwyn’s parents mysteriously disappear one month before her eighteenth birthday it foils an elaborate plan she had to kill them herself. In her search for clues as to their whereabouts she finds an elegant mink coat and a safe full of valuables in her mother’s cedar closet. Keeping the coat but selling everything else, she embarks on a glamorous adventure that takes her from the small Tennessee town where she grew up to luxurious penthouses in Manhattan, runways in Milan, and finally the castle in Switzerland from which she learns she is a descendant. No expense is spared in Viv’s valiant quest to shake the sadness that plagued her upbringing and she quickly learns it’s not riches that bring happiness but happiness that brings riches.” 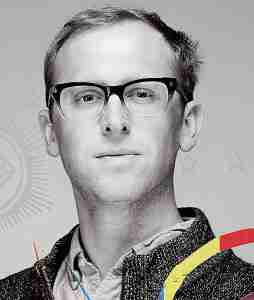 What I enjoy about these descriptions is how I try to tie the olfactory to the written. Mr. Meyer has often taken me on a journey of the mind as well as the nose. With An Air of Despair it is when Vivian finds the mink coat in the cedar chest which captures two of the three ingredients in An Air of Despair. There is definitely something missing as far as the fragrance goes because Vivian should have traversed the spice markets of Marrakech for the third ingredient.

Mr. Meyer has taken a desiccated foundation of cedar as the nucleus of An Air of Despair. Cedar is most often used as a woody fixative in the base. There are other perfumes which feature it but not as many as say sandalwood. The cedar Mr. Meyer uses has that quality of carrying the past. It has a sharpness from it being in a high concentration. This time cedar isn’t trying to provide support. This time it is the star of the show. Early on saffron provides the contrast. Another excellent choice as it provides an exotic foil to the upright cedar. After a while a really great animalic musk provides the later stage competition for the cedar. Here it is the smell of the human animal underneath the civilized veneer.

An Air of Despair has 12-14 hour longevity and average sillage.

If you have not tried any of Mr. Meyer’s other Imaginary Authors fragrances an Air of Despair is not the place to start. It is different than most of the others in the line mainly for its simple construction. For those who have been adding each volume to their collection An Air of Despair is an example of Mr. Meyer expanding his skills on something simply constructed; from which he manages to find the pathos to embrace the end of summer and the beginning of fall.