It wasn’t until I was 22 that I first encountered ice through weather. I had lived in Florida my entire life until then. At grad school in Georgia I walked out to my car one morning. I started it up and turned on the windshield wipers to remove the dew on the windshield. Except it didn’t move the wipers skidded uselessly over it. Of course my Florida trained mentality leapt to the right conclusion. I thought someone had put white spray paint on my car window. As the edges began to melt the actuality came through. There was ice on my windshield. After almost forty years in the parts of the world where ice is a part of the natural order of things, I am more used to it. It has now evolved to the way the ice on my lawn and trees smells.

The smell of freezing precipitation has always fascinated me. just like a summer rainstorm presents itself in ozone and petrichor the colder version does the same. This past week we have had a lot of ice freezing on surfaces in Colognoisseur HQ. As I watched the dogs in the backyard the scent of the world was like a giant ice cube. A little more liquid as the icicles had a drop of water on the ends. What also stands out is the way the ice adds a barrier to all the other natural odors. The only thing I smell is this crystallized humidity. 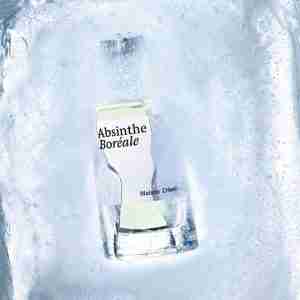 We’ve also had some snow. That has a different profile to my nose. There is an apocryphal tale that Eskimos have 50-plus words for snow. When it comes to my perception of the world covered in snow there is just a chilly sterility with crunch. As I walk through it the auditory sound of my boots along with what I breathe in seem to go together. The snow doesn’t add as perfect a barrier as the ice. It allows some of the woods to join in.

There are two excellent perfume equivalents to the way I think of snow. One is Editions de Parfums Frederic Malle L’Eau d’Hiver by Jean-Claude Ellena. This is a breathy whisper behind mittened hands in the snow. The other is the more recent Maison Crivelli Absinthe Boreale by Nathalie Feisthauer. She captures the crunch of the snow as I sip absinthe while watching the aurora borealis.

It might be easy to think of snow as odorless. Reality and perfume have taught me differently.