I was watching the news on Friday night. The lead story was on Hurricane Barry bearing down on Louisiana. Part of the package is a story which always irritates me. When they interview someone who chooses to ignore an evacuation order.

I grew up in South Florida and weathered two hurricanes as a child. Our closest family friends had a house right on the water. I always knew the storm had arrived when their son, and my best friend, Buddy and their dog Rex crashed my bedroom. Our friends knew what was important and acted to get it out of the way of the storm. Everything else was stuff. There was always a stark reminder of what would have happened if they remained. On a post inside the house there was a line for every hurricane which had hit marking the level of the water that made it inside the house. Both hurricanes we lived through the water level was above the adults’ heads. I always respected their choices even though there were tough times recovering after each storm. 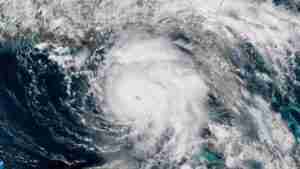 It is one of the reasons the stories which come every hurricane about the idiot who won’t evacuate bother me. These people are not folk heroes they are fools caring more about their stuff. Why every news organization feels the need to cover them without pointing that out is my problem. On Friday night there was a woman standing in a foot or so of water already. 24 hours before the storm hits. What illumination of the coming disaster does this provide?

The other part of this is I have first responders in my close circle. I know that if the idiot calls that they are in danger they will respond. Putting their lives in danger because of someone so stupid they can’t walk away. It infuriates me. During one of the hurricanes last year this exact story was covered.

This plea to stop covering idiocy also applies to post-storm coverage. Don’t go cover the moron who managed to make it through. It just gives bad ideas to others in the future.

Hurricanes are dangerous and important enough that the coverage of simpletons who literally want to spit into the wind do not need to be part of it.