There are perfume lines which aim for mass-market success. There are perfume lines which look for success within a narrowly defined swath of customers. There are perfume lines which create to please themselves and hope there is an audience for that. Humiecki & Graef falls into none of those categories. Creative Directors Sebastian Fischenich and Tobias Müksch in collaboration with perfumers Les Christophes (Christophe Laudamiel and Christoph Hornetz) have, since 2008, produced one of the most exceptional collections of fragrances which define the borders of olfactory art. There is no perfume line which I spend more time with really understanding the construction and delving into the emotional component which is stimulated by these fragrances. 2012’s Candour was the last new release. For 2014 we are getting a pair of new releases, Abîme and Nouveau-né, this fall. Hr. Fischenich was kind enough to give me samples at Esxence in March and over the last three months I have been wearing and examining these new fragrances and they are examples of the very best Humiecki & Graef have to offer. 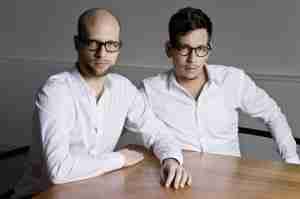 Abîme and Nouveau-né are the tenth and eleventh releases and they are being released as a duo because they represent polar opposites of la condition humaine, pain and hope. Les Christophes have made it a hallmark of their work for Humiecki & Graef to elicit an emotional response from these perfumes. For me they have succeeded every time. They never shy away from what would be considered unpleasant inspirations and instead embrace the perceived negativity and find art within.

Abîme translates to the abyss and it is meant to portray an agonizing state. This is not the state of debilitating pain, this is the emotional pain of living life fully. It is a fragrance where every pleasant facet finds a discordant counterpart. Les Christophes use a whopping overdose of narcissus absolute as the focal point of Abîme. In this concentration it provides both pleasure and a cloying unpleasant affect. Narcissus is one of my very favorite notes in perfumery and Les Christophes have challenged me to ask myself just how much I like it. Is there too much of a favorite note? The answer is it depends. There were days when I was a glutton for the narcissus and I couldn’t get enough. There were days when it felt like a friend I had outgrown and just wanted it to quit bothering me. I realized the perception had as much to do with my emotional mood. Matched with a concentration of narcissus that didn’t allow me to disengage it became an olfactory Rorschach test where the overdose of narcissus took the place of the inkblots.

The first thing that hits me when I wear Abîme is a moment of juicy blackberry which is squashed, Gallagher-like, with a sledgehammer of narcissus. It is almost as if Les Christophes are poking a little fun at fruity floral construction. This nuclear core of narcissus is then bombarded with multiple notes as juniper tries to take the place of the blackberry to get swatted aside. Some balsamic notes try to get a foothold and slide away exhausted. Labdanum actually does find some traction and it morphs the narcissus into something less floral and more intensely vegetal. Right here was my tipping point on whether it was a good day or a bad day to be wearing Abîme. If it was the former the mix of oakmoss and patchouli in the base added some needed contrast. If it was the latter they just made the whole thing irritatingly unpleasant. 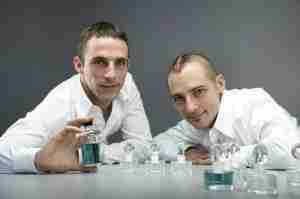 Nouveau-né follows the same architectural path by using an ocean of honey as the central note. The honey is expertly tempered throughout as Nouveau-né is all of the good stuff in life, magnified. Despite the intensity of Nouveau-né I came to realize the balance of the ingredients was a very tenuous composition which seemed appropriate to evoke the fragile, yet powerful, emotion of hope.

Nouveau-né begins with the brightness of bergamot paired with basil and ginger to add some zip to the opening. Then like a golden viscous flood the honey rushes in and coats everything with a sticky matrix from which the basil and ginger still pulse. Hay Absolute helps temper the sweetness of the honey and Liatrix adds the natural coumarin it provides to also modulate the treacle. Les Christophes strike the perfect balance as Nouveau-né is the perfume equivalent of holding a jar of honey up to the sun and seeing the ball of light made opaque and diffuse.

Abîme and Nouveau-né have 10-12 hour longevity and above average sillage.

Everything that I admire about Humiecki & Graef is on display in both of these new releases. Michael Edwards has always quoted the great perfumer Guy Robert’s advice to perfumers, “A perfume must above all smell good.” While I agree with that sentiment in the main I am overjoyed that Humiecki & Graef exists to make sure that thinking is challenged. Abîme and Nouveau-né are everything I want from a perfume which makes me a willing participant in the ongoing debate of whether to “smell good” is enough.

Disclosure: This review was based on samples provided by Humiecki & Graef at Esxence 2014.