If I can look back at a single comic book which defines the last nearly fifty years of comic books it would be “Giant-Size X-Men #1” in 1975. In a surprising way writer Len Wein would take a d-list superhero team and move it to the top of the list. Introducing a new team they battled a living mutant island called Krakoa. When the regular X-Men comic picked up on these events starting with Issue #94 a juggernaut of comic book publishing was gaining momentum. Writer Chris Claremont and illustrator John Byrne would set a new template for superhero stories. Unfortunately this kind of success leads to the comic publisher wanting to cash in. This led to multiple books being spun-off. Until the end of the 1990’s the number of X-Men related books seemed to know no end. It got messy. 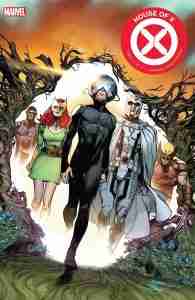 In time-honored comic book fashion they decided a re-set was needed for the new century. For the last eighteen years they keep using time-travel, dimension shifting, etc. to keep changing the teams around and try and bring everything back to square one. This has been a failure for the most part as it felt like they were cannibalizing the plots of the past to try and retain interest. I would always dip back in when I knew one of these were happening only to leave disappointed after a few issues. 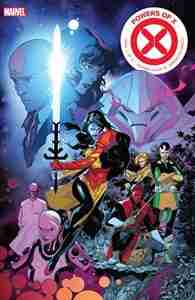 In July I heard another “re-launch” was happening. I added the new series “House of X” to my digital queue. Written by Jonathan Hickman it would also have a second series “Powers of X” also written by Mr. Hickman. If there was something I tired of as a part of the X-Men mythos it was all the long-time persecution. I always asked myself when they would take a piece of the earth and make it their own. Daring anyone to move them off it. Mr. Hickman has decided to go all the way back to the beginning to find that place, Krakoa, from Giant-Size X-men #1.

Over the course of the series so far Mr. Hickman has piece-by-piece begun to build a mutant home where they can stand as part of society instead of outside of it. This lays the groundwork for a new set of stories to be told where mutants must find their place in a society they are now part of.

I have already stopped reading almost any other iteration of X-Men by this point over the last few years. For the first time Mr. Hickman seems to have them on an exciting new path.