The calendar be a cruel mistress. Usually I post my favorite non-perfume things of 2017 on the last Sunday of the year in my usual The Sunday Magazine column. Except this year Sunday is also the last day of the year when I post my column of perfume hopes and wishes for 2018. So, for this week only The Sunday Magazine becomes The Saturday Magazine while I share some of my favorite non-perfume things of 2017.

Favorite movie/TV show/ whatever you want to call it: Twin Peaks: The Return– My affection for this grows daily. It also has created some of my most consistent correspondence with readers. What I think is undeniable is David Lynch and Mark Frost pulled off one of the greatest continuations in media history. In something which could only have existed in the current way we watch stuff Twin Peaks: The Return existed exactly as Mr. Lynch wanted it to. That there is this debate as to whether it is a television series of movie is irrelevant; it is uncompromising storytelling. A day doesn’t go by where I don’t think about something that I saw. Oh yeah; Kyle McLachlan essentially held this all together in an acting performance of four different versions of the same character. If there is no Emmy for him my scream will match Laura Palmer’s.

Favorite Album: Melodrama by Lorde– When I went to see what the most played music of 2017 was on my iTunes playlist I was surprised to see this in my top 5 most listened to. I begin to think that is what Lorde’s second album is all about; sneaking up on you. Working with producer Jack Antonoff, Melodrama feels like the work of a much more seasoned musician. If the fun of Lorde’s first album “Royals” was this precocious talent then on “Melodrama” it is as if she has traveled through a time machine straight to experienced. It is an example of how to make electronic music for the pop music world without selling out. 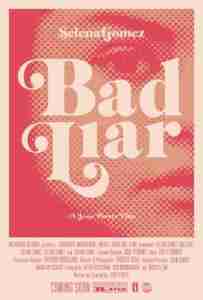 Favorite Single: Bad Liar by Selena Gomez– I know this was not as big as some of the other hits of the year but this was always the most improbable. If the equation of Pop Tart + Talking Heads = Favorite Single doesn’t compute it’s because this should have fallen apart in so many ways. Instead Ms. Gomez takes the incredible Tina Weymouth bass line from Talking Heads “Psycho Killer”. In a restrained performance using finger pops and hand claps as percussion Ms. Gomez lays out that delicious tension of not wanting to let on how much you’re attracted to that person. That Talking Heads signed off to allow Ms. Gomez permission to use the bass line tells you that this is pop music on a different level. Is it wrong I want a mash-up?

Favorite Book: My Favorite Thing is Monsters by Emil Ferris– I read this graphic novel back in the spring; it has never fully left my consciousness. A semi-autobiographical story about a ten-year old girl in 1968 Chicago dealing with a mother stricken with cancer while a neighbor is found dead from a gunshot wound. The protagonist communicates her fears in pen crosshatch drawings in her composition book. The words in the margins take this right to the top of the literary world. Visually and intellectually stunning.

Favorite Spirit: Havana Club Anejo 7 Anos- Free trade with Cuba might mean cigars to many but for me it was the chance to try the full Havana Club line of rum. Usually by the time the frost is on the pumpkin the scotch is in the snifter. This year the honey and tobacco sweetness of this aged rum has been my sipper of choice.

Favorite Wines: 2015 Mendoza Malbecs and Maipo Valley Cabernet Sauvignons– In the expansion of wine regions there has been some amazing little pockets of excellent winemaking. The Argentinian Mendoza area and the Maipo Valley in Chile among the best. I have recommended these wines as best buys for ten years now. This year they are especially a fantastic bargain because the 2015 vintage which is just becoming available was the best, perhaps ever. These are the kind of nuanced red wines you usually get for over $100 which are commonly available for $20 or less. Drinkable now but will be even better in five to seven years.

These are some of the other things, besides perfume, which brightened my life in 2017.