Perfume can sometimes be a veritable time capsule. A creature of its time. Once that time has passed so has the perfume. In the 1970’s western society was in flux. Women were entering the workplace. Disco was king. Leisure Suits were in style. Forty years on we look back at all of that almost quaintly. Many of the fragrances marketed during this time were looking to take advantage of what they saw as new marketing opportunities. Guy Laroche wanted a masculine follow-up to 1966’s Fidji. This would lead to the release of Drakkar. 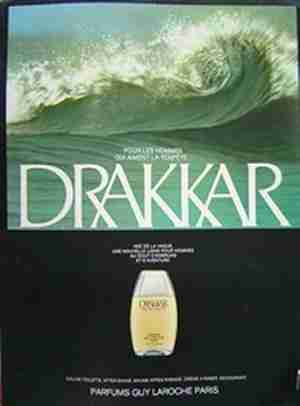 Of course Drakkar Noir is one of the great classic perfumes of all time and ever since its release in 1982 it has stood the test of time. Drakkar was less timeless. If you look at the advertisement above, they wanted you to think crashing waves. When you try Drakkar and know what the aquatic marine perfumes will smell like, two decades later, it is hard not to smile. That advertisement shows the conflict in how to design this perfume. They also wanted to be a hairy-chested, shirt unbuttoned down to your waist, gold chain wearing fragrance, too. They wanted Drakkar to be the fragrance you smelled when you were doing The Hustle. As so many of the denizens of the Dead Letter Office have shown conflicting concepts lead to problematic marketing. 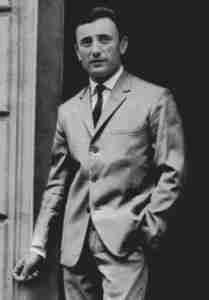 Drakkar was sold in upscale men’s department stores often right next to Guy Laroche Homme clothing. The problem was the man who was drawn to M. Laroche’s clothing was not that disco dancing player Drakkar was supposed to entice. Drakkar was largely ignored while Fidji was widely acclaimed.

Drakkar opens with very fresh lemon matched up with galbanum. At a time when green was not as in vogue in men’s fragrances Drakkar starts off with galbanum. I think this was their idea of being crashing wave fresh. This all descends into a heart of sage, rosemary, and thyme adding herbal greenness. The base is a mix of patchouli, sandalwood, and vetiver. Those three notes are where you would find that 1970’s swinger peeking out.

Drakkar has 8-10 hour longevity and way above average sillage.

If you’re looking for early insights into how Drakkar would compare to Drakkar Noir the overlap is lemon on top and the same base but in the case of Drakkar Noir the addition of oakmoss. As wrong as they got the marketing on Drakkar they completely got it right for Drakkar Noir. Plus, it is a better perfume in all respects. Drakkar is something to wear when I want to look back to my Saturday Night Fever days and say hi to the 70’s.