There are times when I just want a perfume I’m trying; to go there. What I mean by that is for it to stop attempting to be accommodating by being polite. Sometimes a perfume which is the equivalent of a loud talker has its pleasures. While it doesn’t happen often there are creative teams who do “go there”. One which does is the team behind Amouroud.

Amouroud was released in 2016 as an auxiliary brand from The Perfumer’s Workshop. The Perfumer’s Workshop is known to many as the brand behind 1971’s Tea Rose. Tea Rose is one of the best examples of rose soliflore which remains relevant to today. The creative mind behind Perfumer’s Workshop and Amouroud is Gun Bauchner who with her husband Donald created the company. What I like about the idea of Amouroud as an extension of Ms. Bauchner’s previous work is she took on an overcrowded sector of niche perfume and stepped into it with her own vision. Within the name, you can tell that oud was going to be a focal point but it is more than that. It seems like Ms. Bauchner also wanted to take the fundamentals of Middle Eastern perfumery and blend them to her own personal Western aesthetic. Over the six perfumes of the original collection there was an admirable fearlessness to work towards that. To a degree, they all succeed but there was one which rose above the others, Safran Rare. 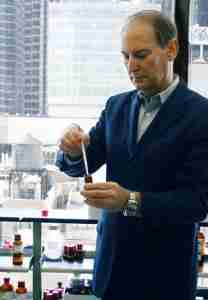 For Safran Rare Ms. Bauchner collaborated with perfumer Claude Dir. It shows what Ms. Bauchner’s vision for the brand is. Too many people who made “oud” fragrances made it the centerpiece without really understanding the note, trusting on its uniqueness to carry the day. Ms. Bauchner doesn’t want to lose that quality but she does want to find something else within oud. In Safran Rare she uses the oud primarily as the linchpin of a leather accord suffused with saffron to provide a sweaty lived-in leather fragrance.

If the perfume is called Safran Rare M. Dir surmised you should linger on that ingredient in the early going. The bronze filigree of the spice is presented on a pillow of olibanum which anchors it. Saffron can be the most ephemeral of perfume ingredients, by encasing it in resin M. Dir allows it to persist as the leather accord arises. M. Dir uses oud as one of the pieces which brings sandalwood, benzoin, and vetiver together to form a rich leather accord. What is nice about this accord is it isn’t refined, it is the smell of your favorite leather jacket after you’ve been out dancing and it has the smell of your body in it. It isn’t musky or body odor but it is a dead ringer for the scent which escapes my sleeves when I remove my leather jacket after a night out. The trapped in resin saffron then spreads out over the leather accord into a lusty duet which lasts a long time.

Safran Rare has 10-12 hour longevity and average silage. When I say Amouroud goes there it is this leather accord I am talking about. Most of the time leather is refined or tipped firmly to the animalic. In Safran Rare Ms. Bauchner and M. Dir provide a leather that has lived.