Before I plunge into the fall releases starting to show up in my mailbox I want to recap the world of perfume for the first half of 2018. Especially here in the Poodlesville HQ of Colognoisseur.

For those who have followed my writing for the over ten years I’ve been doing reviews I am sure you’ve tired of my whining about too many spring roses. Guess what? This year I got my wish. I’m not sure what caused the change but even a perfume called Miu Miu L’eau Rosee was not a rose. That one was a very nice lily perfume. I got Bvlgari Magnolia Sensuel. I got Nest Wisteria Blue. I got the neroli of Commodity Nectar. I got the crazy blackberry of Gucci Guilty Absolute Pour Femme. I got Jo Malone Jasmine Sambac and Marigold. Yes, there were plenty of pretty roses, but the spring of 2018 found new perfumed ways of celebrating the season.

One of those ways was the return of the classic ambrette-iris-musk so embodied by Chanel No. 18. There were many of these, most of which I liked. There were two which stood out for taking this classic accord in a modern direction; Diptyque Fleur de Peau and A Lab on Fire Hallucinogenic Pearl. Perfumers Olivier Prescheux and Emilie Coppermann, respectively, found a way to freshen this triad up. In Mme Coppermann’s case it was by incorporating the De Laire base Iriseine; which made this one of my favorites of the first half of 2018. 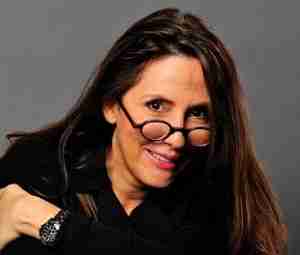 Christine Nagel continued her strong showings for Hermes. If there was a last question left for her it was, “How would she make the Hermessences her own?” She released five in the spring. They were all good, but it was her move towards an “essence de parfums” oil-based formulation where she confirmed her stamp on this collection. Cardamusc is another favorite of 2018, so far.

The independents also thrilled me in the first six months of the year. Dawn Spencer Hurwitz finished her Haiku Series for DSH Perfumes with Tsukimi and Shimotsuki. Among the very best work of hers I have experienced.

Hiram Green Slowdive was a textural marvel as a tobacco accord traverses a viscous mixture of honey and others.

Sarah McCartney’s 4160 Tuesdays Freeway is So Cal car culture in search of an exotic sorbet. Sounds odd but it is fabulous.

There were three other perfumes which really caught my attention so far in 2018.

A Lab on Fire And the World is Yours by perfumer Dominique Ropion is perhaps my favorite from the brand ever. The opening bergamot, neroli, and cumin accord is spectacular.

The leader at the midway point of 2018 is Neela Vermeire Creations Niral. The collaborative energy between creative director Neela Vermeire and perfumer Bertrand Duchaufour has always produced excellent perfume. Niral is better than that. The iris shimmers over a subtle leather accord. I still haven’t got enough.

This covers what I was able to write about in the first six months. Just in the next couple of weeks I have some reviews coming which are also among the best of 2018.

As always, thanks for reading. 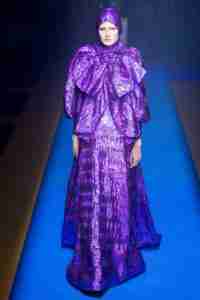 Sig. Michele has revived the fashion side of Gucci in just over two years. It has been impressive to see as he uses vintage inspirations to add detailing to modern silhouettes. Last year’s Gucci Bloom was the first fragrance release under his oversight. That it was one of the best designer releases of 2017 showed the interest in fragrance was back. Now it is time to see where Gucci is headed on the fragrance side with the second release under Sig. Michele’s creative direction Gucci Guilty Absolute Pour Femme. 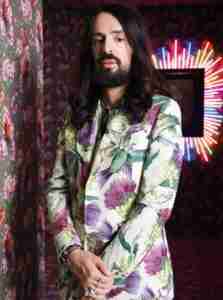 As he did with Gucci Bloom he collaborates with perfumer Alberto Morillas who also did last year’s Gucci Guilty Absolute Pour Homme prior to Sig. Michele taking over the fragrance creative direction. It allows for a real indication of where Sig. Michele is adding to the overall design. The Guilty Absolute Pour Homme rested upon a patchouli, leather, and cypress base. I wasn’t crazy about that combination. When I received the press materials and noticed that same base present I was worried. Here is where Sig. Michele’s vision comes to the fore. Also, in the press materials he says, “I wanted a blackberry note that would make you dream upon smelling it.” Right there is what makes Guilty Absolute Pour Femme excel as Sr. Morillas finds that. That dreamy blackberry is the exact counterweight needed for that base accord. 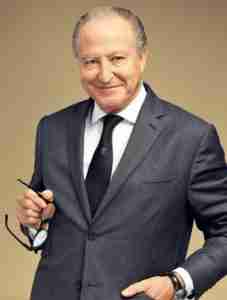 That blackberry is where we start. This is so good I think it is going to sell a lot of perfume because those who like fruity florals are going to go crazy for this blackberry. I’ve spent a lot of time examining it. I think its dreaminess comes from a judicious use of blackcurrant to keep the sweetness of the blackberry leaner. It’s not listed as an ingredient but there is something keeping the blackberry from going all jammy. What does bring that aspect out is the rose and patchouli which come next. The rose does what it usually does with berries it encounters it deepens them. The patchouli adds an earthy aspect which then adds in the leather accord and cypress from Guilty Absolute Pour Homme.

I can’t overstate how much better Gucci Guilty Absolute Pour Femme is compared to Guilty Absolute Pour Homme. It all comes down to the choice of Sig. Michele to insist upon a dreamy blackberry over the same base. It is clear what the influence of active creative direction can have. A simple dreamy blackberry has me dreaming for even better days ahead for Gucci fragrance.