There was a time during the mid-1970’s when everything European was cooler. Punk Rock was cooler in Europe. Clothes were cooler in Europe. I heard there were even amazing perfumes in Europe. My source of this information were the many British tourists who discovered Miami Beach at this time as a bargain beach destination. In these days they were a source on many things I was interested in.

As a comic geek there was always an issue of something on me as I would move among the British chatting them up. During one of these I met a French man my age who told me about these amazing European comic artists/writers. The names were Moebius, Philippe Druillet and others. He promised to send me some examples when he returned. Good to his word he did and I had a small taste of something happening outside of my reach. 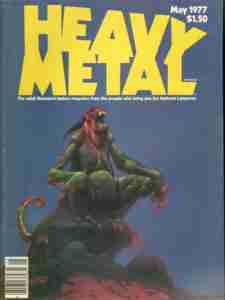 I remember walking into my local bookstore in 1977 and glancing at the rack. There was a magazine with a drawing which looked like it had been done by Moebius. I immediately beelined right for it. It was called Heavy Metal. Upon opening it I was delighted to find an American magazine that was going to try and do comics European style. I immediately subscribed and was a reader for twenty years. By the end one of the consistent criticisms was it was more about boobs than brains. Certainly by 1997 I was able to get hardcover collections of all my favorite Europeans. Since then I really haven’t thought much about it. 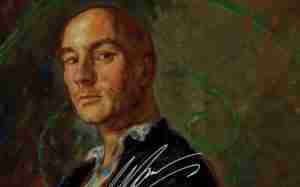 In March I received a press release announcing a new Editor-in-Chief who would be starting with Issue 280. The new man in charge was going to be Grant Morrison. I became aware of Mr. Morrison through a sort of competitor to Heave Metal called 2000 AD. Published in 1993 it was where his envelope pushing style would begin to be sharpened. In the mid 2000’s DC would hire him to work on a number of their titles. His run on Superman and Justice League are among my favorites of those long-time series. He is a legitimate superstar in the world of comics. 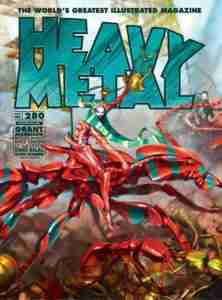 His involvement with Heavy Metal got me to go down to my bookstore and pick up his first copy as EIC #280. It starts with Mr. Morrison giving us an idea what his version of Heavy Metal is. Based on what I read I think he is hoping to raise its profile again. As much as things might change; in the second story in the issue there were some boobs on display. Some things change some stay the same. The opening piece by Mr. Morrison felt like something from his 2000 AD days which I liked as a throwback. My only quibble is the presumed twist seems telegraphed.

Throughout the twelve stories I found myself enjoying this return to an old friend. The final story called Salsa Invertebraxa by Mozchops is the one which will get me to purchase #281. I really want to see where this goes. Much in the same way I want to see what a Grant Morrison Heavy Metal looks like. I’m not sure if this is just a dalliance or full-fledged rekindling but for now I’m willing to read and see.