One of the classic perfume styles is the “lipstick rose”. In the earliest incarnations it was meant to capture the smell of a lady’s cosmetic bag. During that time period it was Coty red lipstick which was the most popular. It was known for adding some iris to it to give it a distinctive smell. Anyone who grew up in the latter half of the 20th century has a female relative who owned a cosmetic bag which smelled of iris, rose, and leather. It fell out of favor as we crossed into the new century. Mainly because that accord had the pejorative “old lady perfume” attached to it. It didn’t entirely disappear, but it diminished in presence. The pairing is so good I was wondering how long the style would have to live in perfume purgatory before making a return. Over the past year there have been a few which have made the effort. Perhaps the best is Goutal Etoile d’Une Nuit. 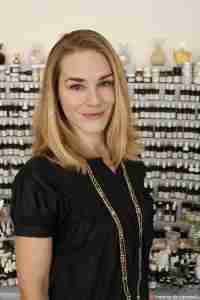 Ever since 2016 Camille Goutal has made the business decision to make new perfumes in the transparent style seemingly desired by the younger generation. It has created some new collections within the Goutal brand. Oiseaux de Nuit has been one of the earliest. This was a collection on which Mme Goutal has exclusively collaborated with perfumer Mathieu Nardin. The concept is to appeal to twentysomething Parisiennes. The two previous releases, Tenue de Soiree and Nuit de Confidences, have chosen crowd-pleasing themes with clever twists over an opaque scent. While lipstick rose was crowd-pleasing a couple decades ago would Etoile d’Une Nuit find its way to a new generation? 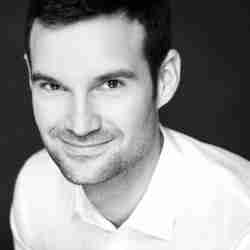 Mme Goutal and M. Nardin have now formed a good working relationship where they understand the kind of fragrance they want to create. Etoile d’Une Nuit shows their improvement over time. Even with a construct as simple as this one is.

The difference to the old style of lipstick rose is evident from the first moments. The iris here is a shimmering powder instead of a concentrated lacquer. It adds a veil for the equally transparent rose to add another layer underneath. This is beautifully realized as it stays lilting and not heavy. Then the base of a leather accord infused with raspberry provides the finish. Neither of those notes add to the heaviness they jut arise and mesh with the rose and iris. I found the raspberry had an interesting grounding effect on the iris and rose. It keeps them tethered to the ground so that they don’t just dissipate away.

I am interested to see how Etoile d’Une Nuit will be received. I believe Mme Goutal and M. Nardin did a great job of updating the venerable lipstick rose by making it lipstick lite.

Disclosure: This review is based on a sample provided by Neiman-Marcus.