As much as I spend the first few months of the year complaining about the avalanche of new spring rose perfumes; I’ve been asked if there is a men’s corollary. The answer is, kind of. As Father’s Day in the US gets closer, I get a significant increase in colognes from the big perfume brands. The reason it doesn’t bother me as much is there are more variations within a cologne architecture. Most of them are flankers of established best sellers which try to freshen and lighten things up. Boss Bottled Infinite and Givenchy Gentleman Cologne are two recent examples. 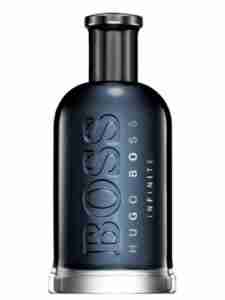 Hugo Boss has surely milked the popularity of 1998’s Boss Bottled. Boss Bottled Infinite is the thirteenth flanker. I was not one of the fans of the original. I felt perfumer Annick Menardo overloaded things. I was in the minority as it has been a consistent best seller. Usually a flanker keeps much of the original formula while adding in a couple new ingredients. Which is a description of most of the Boss Bottled flankers. What made me give Boss Bottled Intense a second look was that it went in the opposite direction by stripping it down to the essential keynotes. Mme Menardo was again behind the wheel for the new flanker.

For this new version the top accord is simplified to mandarin and apple, with the citrus out front. Cinnamon and sage form the heart with some lavender as underpinning. This is more spicy than previous versions without becoming heavy. The significant change is olive wood for sandalwood. What that adds is less dry woodiness. It has a richer quality which complements the early accords nicely. If you’re a fan of the original I believe this will be a nice summer alternative. 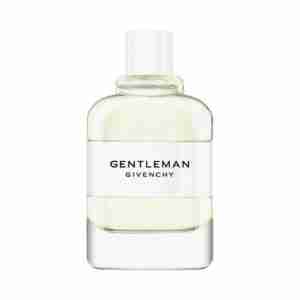 The Givenchy Gentleman released in 1974 is one of the masterpieces of that decade of perfume. When Givenchy decided to release a new perfume with that name in 2017, they did it in Eau de Toilette concentration. I was not happy it shared nothing of the sophistication of the original; it was a mess. A year later they released an Eau de Parfum version. This felt like the heir to the original I was looking for. When Givenchy Gentleman Cologne arrived it fell in the middle but closer to the Eau de Parfum side.

Perfumers Olivier Cresp and Nathalie Lorson continue to design the new Givenchy Gentleman collection. They keep it simple, too. In the Eau de Toilette there was a pear note on top that really turned me off. For Cologne the top note is a brilliant lemon in high concentration. It is a summery blast of sunlight. Some rosemary provides the herbal component of the cologne recipe. The perfumers substituted iris for the more typical lavender. It is a fantastic choice. The early moments are as good as it gets. My only drawback is a high concentration of synthetic woods. It lands like a sledgehammer. The lemon and iris nearly get obliterated holding on by a thread. If there was a bit better balance to the base, I would have liked this as much as the Eau de Parfum. Whether it is for you will come down to your tolerance for the synthetic woody in high concentration.

Disclosure: These reviews are based on samples from the manufacturers.