I am sitting here with a desk overflowing with samples. As I was attempting to organize them I was pooling all of the flankers in one stack. As I was doing this I noticed there were four new versions of perfumes of which I liked their original iteration. I have infrequently done a round-up of flankers when I think there is something worth mentioning. I did not give these perfumes which I will write about below my typical two days of wearing. These all got the same day and about the same amount of territory on my two forearms. They were not enough alike that it did set up a bit of olfactory cacophony but I do think I learned enough to make some broad assessments. 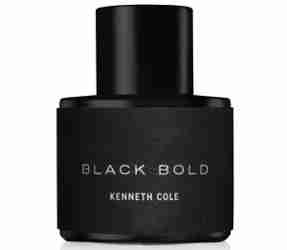 Kenneth Cole Black Bold- The original Kenneth Cole Black is one of those great workhorse masculine fougeres which is probably underrated. Perfumer Harry Fremont did Black and he has returned to do Black Bold. As almost all flankers do they keep the basic structure of the original in place and either pump up one of the supporting notes or add an extra one in. Here M. Fremont enhances the mint in the top accord so it is more prominent. It adds a cooling effect to the ginger and basil with which it is matched. The bold is a big slug of oak in the leather focused base. The oak roughs up the smooth leather and for someone wanting a bolder version of Black I think Black Bold does that. 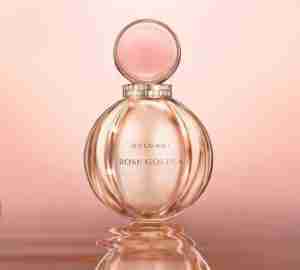 Bulgari Rose Goldea– I really liked last year’s Goldea for the way perfumer Alberto Morillas used his supernatural skill with musks to create a unique mainstream release. Rose Goldea feels like what happens when you release something different; the brand asks for something more conventional. M. Morillas provides a very classic rose focused fragrance bracketed with sandalwood and incense. He couldn’t keep the musks entirely out and they appear in the base providing the similar golden glow they do in the original. I preferred the strong musk thread which ran through the original. If you wanted a lot less musks and more floral, Rose Goldea might do. 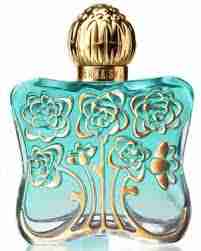 Anna Sui Romantica Exotica– I was not a fan of last year’s Romantica it was an overheated fruity floral that I could barely stand on a strip. A change of perfumer also gave a change in style as Jerome Epinette likes to work in more focused accords with clear connections. Romantica Exotica moves from a crisp blood orange and lemon top to an orange blossom and gardenia heart. Cottonwood and sandalwood provide the base accord. Of the four things I had on this was the one that almost got another day of wear out of me. 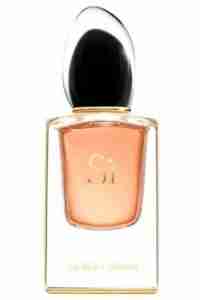 Giorgio Armani Si Le Parfum– The latest Giorgio Armani release to turn into a sea of flankers is 2013’s Si Eau de Parfum. It has been a pretty bleak grouping as the main thing which was altered was the concentration of the rose de mai focal point. I never understand who these kind of flankers are meant to entice. With the new Si Le Parfum perfumer Julie Masse, who worked on the original with Christine Nagel, makes a massive change from rose de mai to osmanthus in the heart. Almost everything else is the same cassis and vanilla top; amber and labdanum base. The heart is transformed as osmanthus steps up with its leathery apricot quality and wraps the patchouli, benzoin, and jasmine into something that does resemble the desired modern chypre accord. This is the most different of the four from the original because Mme Masse massively reworks the heart accord; for the better.

Disclosure: This review was based on samples provided by the perfume brands.