I woke up Wednesday morning and over breakfast started scanning Facebook. I came upon a post by the talented Karen Dubin in which she wrote an open letter to Hollywood asking where the Movie Stars have gone. I responded that there are plenty of movie stars who are not fake creations as those original Movie Stars are. If you want to see all the discussion here is the link to the Facebook thread. I think it was a great conversation covering many topics and one responder David Garten made an interesting comment that has been percolating the rest of the week. His response was we have celebrities instead of Movie Stars. I think that is correct and I thought I’d expand on that a bit for this week’s The Sunday Magazine. 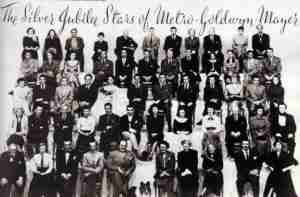 I’ve spent too much time reading about those Movie Stars and what they were forced to go through to want a return to that. Almost every great actor or actress you would call a Movie Star was shaped by unhealthy influences led by the studio hierarchy. They understood their overall success was in also creating a tier of human beings who were looked upon as near-perfect. It is one of the fascinations when it comes to Marilyn Monroe because she couldn’t live the artificial goddess script in her day-to-day life. It probably killed her. It was also the first unraveling of this unhealthy system as it became obvious these Stars were just stars.

Much of the reason for that was also the spread of television. They began to show up on talk shows and other unscripted forms of video and the façade would crack in those situations. That effect of video has only intensified over the fifty years since it began. It is the insatiable need for video content that I believe has created the celebrity.

The biggest problem with celebrity is it doesn’t require talent. Whatever I think of the system that created Movie Stars they were talented. Celebrity requires a camera paired with the willingness to do anything to bring eyes to it. The plethora of reality shows following a family, newlyweds, little people, fat people, a rainbow of different sexual people prove that. These celebrities are out and about, and they get the same treatment as any actor or actress receives. They end up on red carpets and on commercials same as those who act for a living. It has diminished movie stars to lower caps status because they are lumped in with the celebrities. 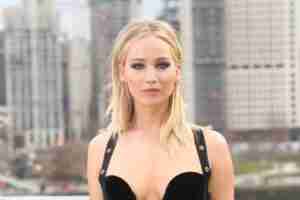 There are many who I believe are healthier versions of movie stars who can maybe find a 21st century way of capitalizing the name again. The two which sprung to mind when reading Ms. Dubin’s post were George Clooney and Jennifer Lawrence. I believe they are two of the most talented movie stars we have; among many others. I also believe they have found different ways to leverage the celebrity part.

Mr. Clooney has turned his career into a multi-faceted movie operation. He is a fascinating actor on screen. He has used the clout of being a leading man to get small movies into production. The 2012 Best Picture winner “Argo” was made because he was a producer. He is the only person nominated for Academy Awards in six different categories. That is one of my favorite trivia questions by the way. Only a few have ever gotten it right. Beyond that resume he was also the “Most Eligible Bachelor in Hollywood” until he married his wife Amal Alamuddin four years ago. He has used his celebrity to bring visibility to causes he believes in. it started with his illumination of the Darfur conflict. His celebrity elevated it from the small print to the larger print nearer the front of the newspaper. This is the good side of celebrity. Mr. Clooney and Ms. Alamuddin have continued that use of their celebrity. 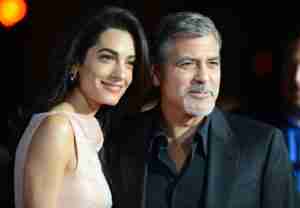 Jennifer Lawrence is a marvel. Ever since I saw her performance in 2010’s “Winter’s Bone” I realized this was a movie star. When I think of the Movie Stars they had an ability to convey dark emotions with a charismatic style. You are drawn to the flame because their quality draws you into it. Ms. Lawrence has that more than any actress I can think of today. She has gone on to win many Oscar nominations while also being part of a large action franchise, The Hunger Games and X-Men. she has shown a versatility on screen and is just beginning to flex her clout behind the scenes. She is writing scripts, with Amy Schumer, and producing movies she wants to see made; “Burial Rites” about the last woman executed for murder in Iceland. When it comes to her celebrity she is seen living life with a kind of silly charm. She is up for almost anything a late-night talk show host asks of her. I watch her and wonder if Marilyn Monroe had been born today if she would have also been allowed to indulge her silly side. It might have saved Ms. Monroe’s life. For Ms. Lawrence she has achieved all of this before she is 30; quite amazing. She has so far found celebrity to be fun while presenting herself on screen as one of our best actresses.

I’m not sure if we will ever have Movie Stars again. I’m not sure if I want that. I am sure that there are enough like Mr. Clooney or Ms. Lawrence who have found the balance between movie star and celebrity there will be others. What will be nice is they won’t be god-like Movie Stars they will be Movie Stars who seem like us.