One of two styles of perfume I have always found uninspiring is the “fresh and clean” style which dominated perfume for twenty-five years. I could argue niche perfume was a reaction to the prominence of this style in the department stores. Even though I am mostly dismissive there are some which have found a place on my shelf. Gendarme is one of those.

I discovered Gendarme in my early days on the internet. It was thrown in as a sample on a swap I was making for a perfume I wanted. I don’t remember that perfume, but Gendarme grew from a sample to a bottle. When I bought the bottle, I was surprised to see it wasn’t French it came from California. Through the mind of a raconteur named Topper Schroeder. 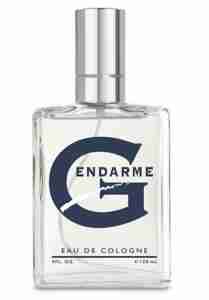 Mr. Schroeder wanted to wear cologne which didn’t irritate his skin. He couldn’t find one at the department store. His search was begun because previously he had used a test-market version of an early hypoallergenic cologne. When he ran out, he discovered it never made it to the shelf. Frustrated by not being able to find an alternative he decided to make his own. In 1983 Gendarme was born. 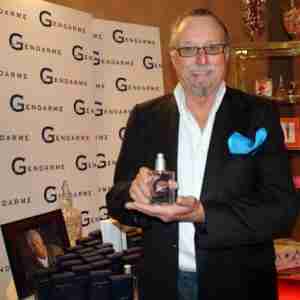 I’ve had trouble narrowing down who were the perfumer(s) who worked on Gendarme. Mr. Schroeder claims he went back to the original perfumer who had worked on the test-market cologne, Tom Slatery. The Fragrances of the World database list co perfumers, John Doyle and Nigel Priest. I don’t know what to make of that, but Gendarme isn’t a technological marvel it is a supremely functional fragrance.

Gendarme was designed to be a classic cologne. The perfumer(s) gathered the usual cologne ingredient list accentuating one specific part of the recipe; the herbs. Even now thirty-five years later there aren’t a lot of colognes which go in this direction. Which is one of the reasons it has been a favorite.

Verbena is used as the linchpin in the top. It sets up the green style right from the start. Some actual citrus along with ginger, basil, and thyme push the green. The safe masculine floral, lavender, comes next.  Lavender has an herbal character which is made apparent by the herbs from the top accord. A slight sweetness of vanilla finishes things off. If you ever see an ingredient list, it will list leather. If it is in here, I’ve never noticed it.

There have been others prior to this who have mentioned that Gendarme has a soapy quality. It reminds me of the original Clairol Herbal Essence shampoo. It is a reminder not an imitation. The longevity is also typical for a cologne. If you’re going to wear this for a day bring some along to top things off after a few hours. This is one of the colognes I put a small atomizer of in the refrigerator during the summer. Spraying the cold mist is much more rejuvenating than water. The name may be French, but Gendarme is pure California Cologne.