I have taken some time to comment on the new movie “Wonder Woman” here because I was waiting for a couple of things to happen before I wrote about it. Now that they have occurred it will allow me to make a more accurate assessment of why this movie stands out within the superhero genre of movie. 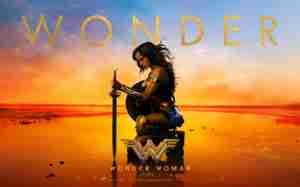 The movies of DC characters are often horrible creative failures because the people handling the heroes don’t understand what makes them popular within pop culture. Christopher Nolan understood Batman in his trio of movies. That’s where the list of DC successes ends. Since those Batman movies Zach Snyder has been put in charge of creating a DC Cinematic Universe as rich as the Marvel version. In the first few movies under his supervision he has decided on making dark gritty versions of the iconic heroes. It is a failure because he is giving way to what a comic fanboy wants but not the general public. The opposite of what Marvel does which is to always make sure their heroes embrace a neophyte. My first view of Wonder Woman, as played by actress Gal Gadot, was in Batman vs. Superman: Dawn of Justice. She was one of two things I walked out of that movie wanting to see more of. Except there was a voice in the back of my head saying, “Snyder is going to turn her into a nihilistic ninja”. Even in her scant screen time in her debut her sense of justice shone through so there was some hope. It turns out director Patty Jenkins not only understands her heroine she also understands what a woman deals with in a world of men which makes “Wonder Woman” stand apart. 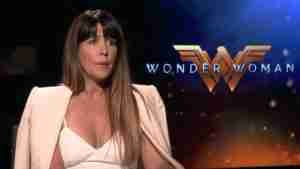 Ms. Jenkins uses Wonder Woman’s immortality as a way of setting her story in World War I-era Europe. The first part of the movie shows Diana from child to warrior. Eventually the war pierces the shield around the amazon island Themyscira. American spy Steve Trevor, played by Chris Pine, informs them of what is happening in the world. Diana realizes this is the mission she was born for and leaves with Steve to join the world and the battle. The next part of the movie is how Diana inserts herself into a world where women are not seen as equal. Through her actions and her presence, she never is allowed to dumb herself down. Ms. Jenkins keeps it all flowing by making the men seem a little smaller than Diana throughout. Through the entire movie Diana is what a heroine is defined by, caring for the less able, using your power for good, and trying to make right what is wrong. Ms. Jenkins and Ms. Gadot have provided a heroine without any of the grittiness so prevalent in the other DC movies. 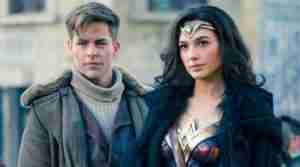 Which is why I think it has been the most successful DC film in this era of the Extended Universe in the US. Ms. Gadot feels like she can be the linchpin which holds the DC Universe together in the same way Robert Downey Jr.’s portrayal of Iron Man has done for the Marvel movies. I think Ms. Jenkins should be given a seat at the table as Wonder Woman is used in things like the upcoming Justice League movie so she is not tarnished with a coating of grit. It would be a huge mistake for another reason.

By the third weekend of Wonder Woman’s release there were as many women going to see it as men. Gender parity for superhero movies never happens. Even the latest Star Wars with another great heroine was unable to manage gender parity in the theatre. You have a whole new audience who has been invited into the DC Universe by Ms. Jenkins and Wonder Woman. Wonder Woman is not like the other movies so far. If they take her darker for Justice League they will burn much of the good will they just earned. It seems like they are going to make her the equal of Ben Affleck’s Batman in Justice League and that would be a very wise move; if she stays the positive heroine we just learned to love.

Mr. Snyder and DC have shown an unerring attempt to fumble the ball which is why I am hoping he might hand some of the load to Ms. Jenkins because I think she understands what moviegoers want. The box office and the audience supports that conclusion.