It is a different summer when I think of the music I have been listening to. In a typical year, my mega summer playlist would have been on constant shuffle. I looked at my stats and it has been over three weeks since the last time I cued it up. This summer has been less about a song of the summer than a group of four albums which have helped provide the contours for this year.

One of those is Haim’s “Women in Music Part III” I spent a whole column on it a few weeks ago. But I find the songs “Don’t Wanna”, “The Steps”, and “Gasoline” add some pop to the summer days.

I have always felt Taylor Swift was underestimated as a songwriter. It is easy to dismiss her because she seemingly aims her music at a younger demographic. It wasn’t until a few different musicians decided to do acoustic versions of her songs that the smart lyrics became evident to me. Underneath the cotton candy was a woman with something to say. The recent album “Folklore” is her attempt to do that without the glitzy pop trappings. 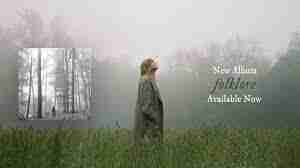 She shows off her ability to capture the current zeitgeist. Nowhere does that come out than in “epiphany” which is about the frontline workers dealing with the pandemic. I find it uplifting there is a real feel of the enormity of the job we are asking these people to do. Through the album there is a three-song story of a love triangle from each participant’s perspective. “cardigan”, “august” and “betty” form a tale of summer lovin’ with the sweet and bittersweet on display. This is a great piece of musicianship which reminds me there will be a world of emotion to return to. For now I’ll let Ms. Swift invite me to hers.

My final two are full bore dancehall discs. Even by myself I just want to dance and swing my arms around. Lady Gaga and Dua Lipa both dropped their latest just as things closed down. Both women harness the energy of dance floor beats from past time. Dua Lipa’s “Future Nostalgia” goes right back to the era of 1970’s disco given a new spin. She doesn’t look down upon disco she exalts it. The first single “Don’t Stop Now” had a little time to rule the dancefloor. The rest of the songs are just as hook laden and fun.

Lady Gaga’s “Chromatica” has the song which I think would’ve ruled the roost in a normal summer; her duet with Ariana Grande “Rain on Me”. For all that Gaga has embraced other musical forms her return to what put her on the map shows it is where she thrives. “Chromatica” slips into gear with the first track “Alice” and then accelerates from there. Her other collaboration “Sour Candy” with K-Pop girl group Blackpink is another standout. “Chromatica” reminds us no matter how far Gaga moves away from the dance floor she is just one step away.

I hope you are finding some music to lift your spirits this odd summer.

Disclosure: I purchased all the music reviewed.