When it comes to leather perfumes there are many variations. Suede, patent, rawhide, etc. One of the types of leather in perfumery that has been repeated since its arrival in the 1930’s is the Cuir de Russie or Russian Leather type of accord. This is not the kind of leather you find in a luxury product this is what you find attached to a team of horses pulling your sleigh through the Siberian snow. When done well it has a raw beauty. Done poorly it is a cacophony of conflicting notes. Over the past year, I’ve received a couple of good versions of this type; one of them is Berdoues Russkaya Kozha.

I have been quite pleased with the overall cohesion of the Collection Grand Cru fragrances from Berdoues of which Russkaya Kozha is one. Sophie Berdoues is the creative director of this collection. Her concept is for it to be a globetrotting selection of fragrances which highlight a single ingredient indigenous to the region using only three notes. For Russkaya Kozha she asked perfumer Flavien Laurandeau to create a Cuir de Russie accord using only that many notes. 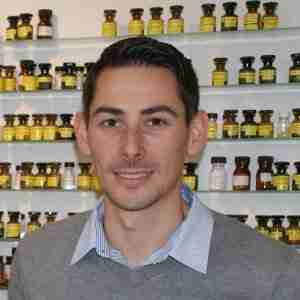 This is a little bit like the old game show Name That Tune asking a perfumer to create a specific well-known accord with limited ingredients. The first choice M. Laurandeau makes is to center his accord on cade oil. Cade oil is the culprit when you smell smoke in many fragrances which have it. It is tricky to not have it smolder in anything it is used in. In Russkaya Kozha the other two ingredients must clear the smoke while leaving the bite of this pungent juniper wood. The other two notes M. Laurandeau employs are cardamom and benzoin. The benzoin does most of the trick of smoothing out the rough edges of the cade oil. It is the cardamom that adds some fresh expansiveness to the overall effect. It all comes together quickly and holds together for a long time on my skin.

Russkaya Berdoues is a simple riff on Cuir de Russie but for those who love it this is a nice variation. M. Lasquandeau pulled together a true rough trade leather in style.