I’ve written in the past how much I enjoy the summer soccer tournaments. Of course the big one is the Men’s World Cup every four years. I am finding that I am really enjoying this year’s version of the Women’s World Cup as much as I did last year’s men’s version. There is probably one big reason for that the competition has become more competitive.

When the Women’s World Cup took place in the United States in 1999 & 2003, I attended many of the games which took place close to my home at the time. What stood out is with only 16 teams playing there was only four or five on the upper tier. Women’s sports were growing back then with participation more prized than competitiveness. As I’ve been watching this year that has turned around. The tournament has expanded to 24 teams for this edition. Once it was reduced to the top 16, for the knockout phase leading to the final, I was surprised at how competitive all of those matches were. 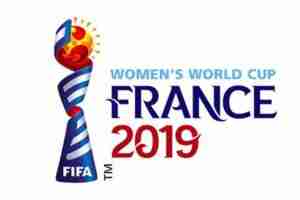 This time around there were major upsets as traditional power team China was beaten by Italy. According to the commentators this Italian team has ignited a following of the women’s game in the country for the first time. It was easy to see why. This was a classic gritty national team playing hard defense looking for a counter attacking opportunity. This tournament more than any other has the chance to transform opinion. When the Italians played in the quarterfinals it was reported that the interest was sky high. Now that interest can hopefully be translated into something more lasting.

In the twenty years since I saw my first Women’s World Cup game today that formula has been proven over and over; especially in Europe. This year three of the four semi-finalists are European teams with the Netherlands showing their defending European Championship means something. England has been on a steady path upward finding itself in the semifinals for the second tournament in a row.

As we approach the final week of the tournament It is hard not to be happy to see this amount of improvement in just 20 years.