As I have related in my previous reviews for the brand Euphorium Brooklyn I have been thoroughly enchanted by Stephen Dirkes’ multi-faceted project. Of course front and center have been the fragrances which in conjunction with the ongoing saga of the three fictional perfumers of the Euphorium Bile Works at the turn of the last century have made this so much fun. I have also mentioned that this feels like the olfactory version of a penny dreadful novel being doled out in installments. Another interesting facet is that  Mr. Dirkes’ has been adding in different types of visual art to go with each new release. Taken all together it has made for one of my more enjoyable experiences this year. 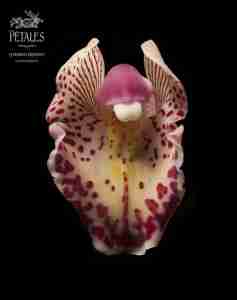 Petales is the fifth release for this year and Mr. Dirkes also collaborated with artist Tal Shpantzer. Ms. Shpantzer’s Petal Series provided the visual cues for Petales. Of course one of the Bile Works boys would also have to be involved. This time it is a story of Etienne Chevreuil.

The story goes like this. After a fall from a horse at age 14 M. Chvreuil came down with a bit of amnesia and a heightened sense of smell. As he would live his life he would associate each love of his life with a specific floral smell. As scent is so closely tied to memory on the occasion of his 50th birthday he composed Petales to contain a memory of all of his past loves.

What this makes Petales; is an extremely overloaded floral perfume which also becomes quite animalic by the end. The sheer amount of floral notes form a bit of cacophony early on but they eventually sort themselves out especially as the more resinous and animalic qualities insert themselves into the narrative. 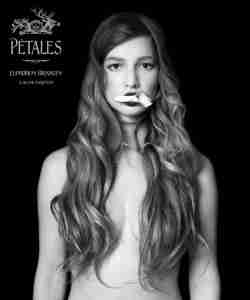 Early on it is like a botanist’s fantasia as lily, lavender, orange blossom, geranium, hyacinth, and probably a couple I just miss within all of the concentrated flower power. If that wasn’t enough add in grapefruit, anise, and petitgrain. This is a bit of a sledgehammer lacking some subtlety in the early going. Much as a promiscuous young man is trying all of the flowers available in the garden. It isn’t until rose, iris, and jasmine finally wrest control that Petales begins to settle down into a more serially monogamous style. The indoles are very strong with the jasmine used and it sets up the base quite nicely as the chypre components of moss, vetiver, and balsam come together to form a very animalic foundation. A soft application of musk brings home the humanity of love looked back upon.

Petales is not as easy to wear as the four earlier Euphorium Brooklyn releases have been. I wore it for the first time in warm weather and the opening’s kineticism was right on the edge of annoying. Wearing it a second and third time on cool fall days it wears much easier. I think for some the sheer overstuffed nature will be unsatisfying. I’m not sure I’ll be reaching for Petales that often myself. One reason is I think it captures the inherent moroseness that comes with looking backward. This time M. Chevreuil left out the euphoria inducing Komodo Process to replace them with the tears of what has passed. It makes Petales something worth experiencing.