Technology is slowly encroaching on everything. Even perfume. Givaudan has come up with an Artificial Intelligence (AI) as a reference for perfumers called Carto. From what I understand it is a giant database of perfume formulas matched with some sense of the style each formula represents. Givaudan perfumers can ask Carto for suggestions and go from there. It seems roughly analagous to Computer-Aided Design (CAD). I have no idea how widespread its use has been at Givaudan but for the first time we have a perfume which admits using it; Etat Libre d’Orange She Was an Anomaly. 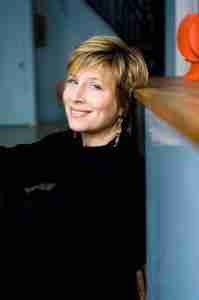 Mme Andrier had to take that suggestion and weave in a few other ingredients. After all iris and musk are not particularly unique even in overdose. One thing which does set them apart is Mme Andrier used the Orpur versions of both. Orpur are the highest quality natural ingredients in the Givaudan library.

She Was an Anomaly opens on tangerine as a juicy citrus to set things up for the iris and musk. Those keynotes arrive next. The iris is a powdery version with the carrot-y quality in abeyance. The musk is a refined version of ambrette. This is the replacement for that carrot-y quality from iris. It provides a solid accord which is kept on the lighter side. It goes very sweet with vanilla and sandalwood in the base. The sweetness adds to the iris and musk to find the overall place She Was an Anomaly remains in for most of the time on my skin.

She Was an Anomaly has 12-14 hour longevity and average sillage.

I can’t say I am able to see the artificial influence of Carto without being told it was used. Which means it probably isn’t going to replace the perfumer yet. If there is something I can hypothesize it is Carto will trend towards what it has the most data on. By landing on iris and musk it tells me it will always be suggesting crowd-pleasing best-selling formulae. Without the hand of a perfumer it will probably converge on something nondescript. To keep that from happening it will require the human touch.

Disclosure: this review is based on a sample provided by Etat Libre d’Orange.