2016 will probably go down as a pivotal year in the perfume business. As an observer of much of the field this year I have seen change in almost every place I can see. Which leads me to believe it is also taking place behind the scenes where I am not able to know the entire story. Change like this can be unsettling which has made for some worrying trends but overall I think it has contributed to another excellent year. I smelled a little less this year than last year; 680 new perfumes versus 2015’s 686. Surprisingly the amount of new releases has also plateaued with 1566 new releases in 2016 versus 1676 last year. Maybe we have defined the amount of new perfume the market can bear. Over the next three days I will share my thoughts on the year coming to an end.

We are told in Ecclesiastes, or by The Byrds if you prefer; “To every thing there is a season” and so it is in perfume as the season of the Baby Boomers has ended and the Millennials have taken over. This younger generation is now larger, has more discretionary income, and is spending more on perfume than the Boomers are per multiple sources. While the public at large was made aware of it this year the industry could see the change coming a year, or more, prior. What that meant for 2016 as far as fragrance went was every corporate perfume entity was on a fishing expedition to see if they could be the one who lured this group of consumers towards them. The drive for this is huge because lifelong brand loyalties can be formed right now within this group. Certainly, the enduring trends of the next few years in fragrance will be determined by where they spend their money. All of that has made 2016 fascinating because at the end of the year that answer is no clearer than it was at the beginning. The prevailing themes, based on what was provided to them, is they want lighter in sillage and aesthetic, gourmand, and different. That last category is the ephemeral key I think. The brand which can find them in the place where they Periscope, Snapchat, and Instagram is going to have an advantage. 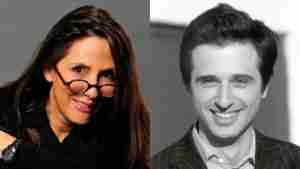 There was also generational change taking place at two of the most prestigious perfume brands, Hermes and Chanel. The new in-house perfumers for both took full control in 2016. Christine Nagel released Hermes Eau du Rhubarbe Ecarlate and Galop D’Hermes. Olivier Polge released Chanel Boy and Chanel No. 5 L’Eau. This shows both talented artists know how to take an existing brand aesthetic and make it their own. 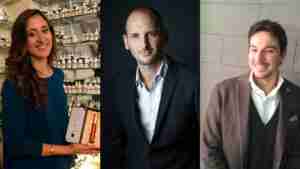 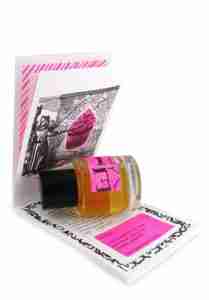 There were also fascinating collaborations this year. Antonio Gardoni and Bruno Fazzolari contributed Cadavre Exquis an off-beat gourmand. Josh Meyer and Sam Rader conspired to create a Northern California Holiday bonfire in Dasein Winter Nights. Victor Wong the owner and creative director of Zoologist Perfumes was able to get the most out of independent perfumers like Ellen Covey in Bat and Sarah McCartney in Macaque.

Some of the independent perfumers I look to surprisingly released perfumes which did not please me. Thankfully there were new ones who stepped up to fill in the gap. Lesli Wood Peterson of La Curie, Ludmila and Antoine Bitar of Ideo Parfumeurs, and Eugene & Emrys Au of Auphorie did that. Chritsti Meshell of House of Matriarch made an ambitious economic move into Nordstrom while producing two of my favorites from her in Albatross and Kazimi. 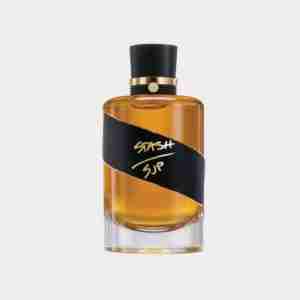 The mainstream sector had another strong year as the mall continues to have diamonds hidden amongst the dross. In 2016 that meant Elizabeth & James Nirvana Bourbon, Alford & Hoff No. 3, SJP Stash, Prada Infusion de Mimosa, Thierry Mugler Angel Muse, and Chanel No. 5 L’Eau were there to be found.

If the beginning of the year was all about rose the overall year was a renaissance for neroli perfumes. Jean-Claude Ellena’s swan song for Hermes; Eau de Neroli Dore. The afore mentioned Green Water along with Jo Malone Basil & Neroli and Hiram Green Dilettante showed the versatility of the note.

The acquisition of niche brands continued with Estee Lauder buying By Kilian and L’Oreal doing the same with Atelier Cologne. The acquisitions of Frederic Malle and Le Labo, two years ago, seem to have been positive steps for both brands. Especially seeing Le Labo in my local mall getting such a positive reception made me believe that if the good niche brands can become more available the consumer will appreciate the difference.

Tomorrow I will name my Perfume, Perfumer, Creative Director, and Brand of the Year

There are perfumes that I believe are only achievable by a small independent perfumer. The raw materials can only be sourced in small batches. They can push concentrations to higher levels. Frankly, they can take the risk of failing. Because if they miss their vision there’s always the next idea. When they come together they reach into different places than most other perfumes. Many of the perfumes I write about from the independent perfume community are emblematic of this style of derring-do. Another prime example is Auphorie Miyako.

Auphorie is the line of Eugene and Emrys Au based in Malaysia. The Aus have a stated goal of producing perfumes that are difficult to mass produce. On top of that they are scavengers of exotic raw materials which they use in their compositions. Miyako was one of their first releases. The brief was to imagine walking through the ancient city of Miyako during the height of the osmanthus flower season. As you stroll by the flowers their bouquet arises. The Aus have made one of the most intensely satisfying osmanthus fragrances I have tried. 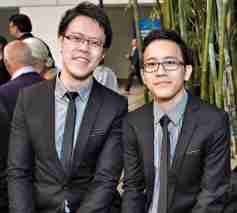 Osmanthus is one of my favorite perfume raw materials because of its dual nature of having very distinct apricot and leather facets with the floral sweetness. It makes it a perfume all on its own. Except in the case of Miyako the Aus decide to go all in by doubling up on the fruit and leather allowing the osmanthus to pivot through its phases buttressed by similar notes enhancing the experience.

Miyako opens with a fruity trio of peach, yuzu, and apricot. The early moments are the fuzzy peach and tart yuzu before the apricot persists. By having apricot as a note on its own it allows the osmanthus to sort of rise up out of it. What arrives with the osmanthus is a lilting green tea note which floats along as the apricot begins to modulate towards the leather. To further that transition the Aus add in their own leather accord. This is black motorcycle jacket leather. It has a bit of oiliness to it which matches the floral source of the more transparent leather. There is a moment about an hour or two in where the osmanthus is laid bare with all of its character splayed out and enhanced when Miyako is at its pinnacle. Eventually things must move on. Hinoki and sandalwood provide the woody aspect of the base accord; patchouli and musk come along a little later to finish things.

Miyako is extrait strength and has 14-16 hour longevity but moderate to no sillage.

Miyako is a perfume which could have gone off the rails if the Aus had added even a smidge more apricot or leather. Instead Miyako stands as an example of why independent perfumery can so often get it gloriously correct.

Disclosure; This review is based on a sample I received from Auphorie.

Editor’s Note: Auphorie Miyako was a winner in the Artisan category at the 2016 Art and Olfaction Awards.