When a fashion designer launches their first perfume I am always curious to see what direction they take. For Elie Tahari if it was going to be inspired by his designs there were two possibilities. It could be a throwback to the emergence of his line in the 1970’s when his dresses were seen on many disco dance floors. It could also be an homage to the women’s power suits he championed in the 1980’s where his fashion found its place along with the women who wore them in a business milieu. If I’m going to say what I think Elie Tahari, the perfume, hews closest to it is those power suits with a bit of Mr. Tahari’s travels thrown in for good measure. 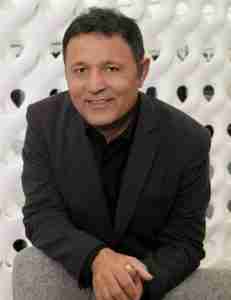 He couldn’t have chosen a better team of perfumers in Nicole Mancini and Rodrigo Flores-Roux as his partners for his debut fragrance. Mr. Tahari wanted a fragrance which “reminds me of my summers past”. The perfumers translate that into a fruity floral design. 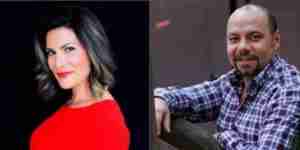 The perfumers open with a fulsome pear kept in check by using the silvery green of violet leaves. This is a more refreshing accord than I usually experience with pear focused beginnings. The heart is where I was connected as the perfumers balance creamy magnolia, green figs, and tea blossoms. They find that creamy overlap between the magnolia and the figs which benefits from the tea blossom adding contrast as it intersperses itself between the two. It finishes with a mixture of woods, amber, and musks providing a warm base accord.

Elie Tahari perfume is an above average fruity floral mainly because of the different choices in floral ingredeients in the heart. This should be an all-season kind of perfume; much like Mr. Tahari’s power suits.

Disclosure: this review is based on a sample provided by Macy’s