During the 1980’s there was another fashion designer who was as cutting edge as Thierry Mugler. His name was Claude Montana. You could even make the argument that from 1988 through 1992 he was the bigger fashion star. At that point he had just come off of designing the fashion collections for Lanvin and they were such artistic successes that he won the Golden Thimble award two straight years. Attendance at his runway shows were where you wanted to be in those days. Like M. Mugler, M. Montana excelled at twisting the power designs rampant in the 1980’s into things still powerful but also dangerous or sexual. As is common for a brand rising so fast it would spread out into fragrance. 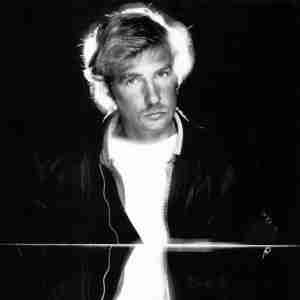 The first release came in 1986 called Montana Parfum de Peau composed by Edouard Flechier. M. Flechier was on as much of a rise in perfume circles riding the wave created by his creation of Dior Poison a year earlier. Parfum de Peau will eventually receive its own Dead Letter Office entry because of it being M. Flechier’s follow-up to Poison. Three years later in 1989 M. Flechier would create Montana Parfum D’Homme. 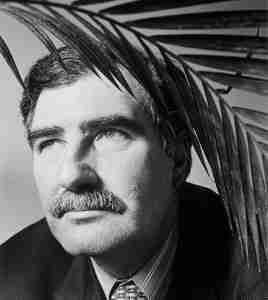 Montana Parfum D’Homme was one of my first internet discoveries as I was spending my early days lurking in the Basenotes forums too timid to write anything. There were multiple threads about this amazing men’s fragrance which was chockfull of spices, incense and animalic notes. I began scouring mall kiosks looking for the Devil’s Tower shaped bottle. When I finally found it I was not disappointed. This was a fragrance which mirrored M. Montana’s aesthetic of adding a twist to the power suits of the 1980’s. Montana Parfum D’Homme would add an herbal and animalic detail to the classic masculine Oriental or as I like to think of it; a Montana Oriental.

Montana Parfum D’Homme opens with a matador’s wave of his cape leaving behind a trail of tart citrus. The spices follow right away with nutmeg forming the center of a triad with cinnamon and black pepper. M. Flechier takes that chord and moves it into a floral heart of geranium and jasmine. The spices form a tight swirl around the florals. It is all transformed in a snap by a fantastic use of clary sage. For many years I thought this was pine. With experience I realized what it was and the clary sage transforms this into a woody animalic fragrance. Sandalwood is the foundation for a precisely constructed base of civet, patchouli, labdanum, incense, and ambergris. This is a purring animalic which never gets too out of control which is what sets all of Montana Parfum D’Homme apart; this veneer of control.

Montana Parfum D’Homme has 12-14 hour longevity and above average sillage.

Claude Montana would be fired from Lanvin because while his designs were artistic successes they were financially disastrous. M. Montana would never really recover and his own line would declare bankruptcy in 1997. As part of that the fragrances were acquired and were not seen as potential money makers. It was an easy decision for the accountants to discontinue it. It is a sad thing because within the Montana line of perfumes it is one of many excellent fragrances. Bottles come up on auction sites regularly and still close at around $100USD. It isn’t too difficult to get. I also wouldn’t be surprised if there are still a box or two in some mall kiosks. One caveat this review is for the Montana Parfum D’Homme in the red box. There is a Montana Homme in a blue box with a clear version of the Devil’s Tower bottle which was created by perfumer Olivier Cresp. It is good but it is a very classical citrus. Montana Parfum D’Homme in the red box is the one you want to resurrect first from the Dead Letter Office.

When I speak with Michael Edwards on the beginning of niche perfumery he can accurately names L’Artisan Parfumeur in 1978 and Annick Goutal in 1980 as the first niche lines. When I think of when niche perfumery really managed to breakthrough I go back to 2000 when Frederic Malle released the first nine perfumes in his Editions de Parfums brand. These were the first perfumes to feature the name of the perfumer on the bottle. It really was the beginning of my starting to take a stronger interest in the people behind the perfume. Over the last fourteen years and 21 total releases I can say that this is one of the strongest collections of fragrances on the market. There is not a mediocre one in the whole group. A particular style might not be to your taste but the quality and creativity is always prominently displayed. This is one of the best places for anyone interested in niche perfume to start and here are the five I would suggest you begin with. 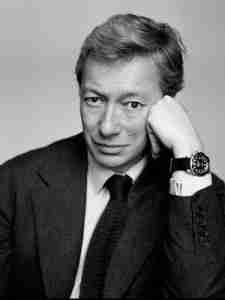 There are a plethora of citrus colognes but Jean-Claude Ellena’s Bigarade Concentree is one that stands way above the fray. There is fantastic bitter orange (bigarade) surrounded by the most gentle aldehydes. The heart is rose, cardamom, and a bit of textural pepper to coax the spiciness from the rose. It finishes with a golden hay note over cedar. This fragrance re-invigorated my interest in citrus fragrances all by itself.

Lys Mediterranee by Edouard Flechier is one of the most luminous perfumes I own. M. Flechier weaves three sources of lily raw materials to render a larger-than-life composite as the core of this fragrance. He adds orange blossom, angelica, and musk as the perfect complements to the uber-lily. If you want lily in your fragrance here is one of the best.

Musc Ravageur by Maurice Roucel has a bit of a rakish reputation as a lady-killer if you believe the stories told on the perfume forums. That has died down over time and now what remains is a fantastic ambery musk by one of the great perfumers working. Starting with a flare of tangerine and lavender which are spiced up wiith clove and cinnamon we reach the base notes which form the ambery musky accord. I was well married by the time I found this but it is one of the few fragrances I wear which generates unsolicited compliments, so maybe its reputation is deserved.

For so many years the baseline tuberose perfume was Robert Piguet’s Fracas and nothing came close until Dominique Ropion’s Carnal Flower. M. Ropion chooses an eclectic company of complementary and contrasting notes for the tuberose. He uses eucalyptus to accentuate the mentholated quality a the heart of the flower. He adds coconut to provide an oily sweet contrast. A few other white flowers join in to create the other great tuberose fragrance.

Pierre Bourdon showed that he was more than the perfumer who created Cool Water when he made French Lover (aka Bois D’Orage). When I smelled this when it was released in 2007 it felt like a more sophisticated version of my old staple Calvin Klein Obsession for Men. It doesn’t smell anything like it but it was the one fragrance I continually chose over it once it was in my perfume cabinet. M. Bourdon uses the rich spiciness of pimento to lead into a finely balanced heart of iris and galbanum. It is a greener floral because of the presence of the galbanum and it keeps the iris from getting powdery. A musk and vetiver base finish this off. If I was still prowling the night looking for a connection French Lover would be one of my choices.

As I mentioned above the entire Editions de Parfums Frederic Malle line is consistently excellent. So start here but do yourself a favor and keep on going through the whole line it is a magical ride.